(Robert Johnson) Last year, the U.S. Navy bought 59,000 microchips for use in everything from missiles to transponders and all of them turned out to be counterfeits from China. 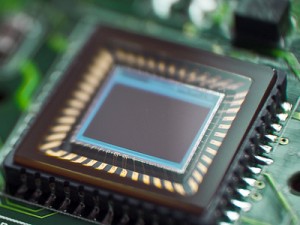 The reports show the chips weren’t only low-quality fakes, they had been made with a “back-door” and could have been remotely shut down at any time, leaving the Communist Chinese in control of U.S Missiles.

If left undiscovered the result could have rendered useless U.S. missiles and killed the signal from aircraft that tells everyone whether it’s friend or foe.

Apparently foreign chip makers are often better at making cheap microchips and U.S. defense contractors are loathe to pass up the better deal.

The problem remains with these “trojan-horse” circuits that can be built into the chip and are almost impossible to detect — especially without the original plans to compare them to.

The Intelligence Advanced Research Projects Agency (IARPA) rather than consider U.S manufactures is now looking for ways to check the foreign made chips to make sure they haven’t been hacked in the production process.

Expect to see a whole lot more funding directed to this goal. Or, considering IARPA is the research and development section of the intelligence community — expect the money to be spent — don’t expect to see where.

The US Military has also considered using Turkey to build chips, why not call Iran?

(By Malcolm Moore, Shanghai) Next month, four enormous steel skeletons, the last of the 12 segments of the bridge, will...