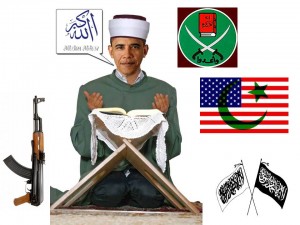 The Obama Administration has formally reestablished ties with Egypt’s Muslim Brotherhood group – which in turn does not recognize Israel. The decision will likely further alienate some Jewish voters who have criticized the White House’s failure to protect Israel from opponents of the small nation.

“The political landscape in Egypt has changed, and is changing … it is in our interests to engage with all of the parties that are competing for parliament or the presidency,” said a senior government official who requested to remain anonymous, to Reuters.

The group’s rise in political power came after the departure of former Egyptian President Hosni Mubarak. The U.S. decided a relationship with the group would be in the U.S. government’s best interest.

Founded in 1928, The Muslim Brotherhood promotes a conservative version of Islam. Several members of the Egyptian Parliament are Brotherhood members and the U.S. has instructed their diplomats to only deal with members in their role as Members of Parliament.

Secretary of State Hillary Clinton said in a press conference Thursday morning that the U.S. has had “limited contact” with the Muslim Brotherhood.

“We believe, given the changing political landscape in Egypt, that it is in the interests of the United States to engage with all parties that are peaceful and committed to nonviolence that intend to compete for the parliament and the presidency,” said Clinton.

A Muslim Brotherhood spokesperson was not aware of any direct contact but said the group “welcomed” Clinton’s words.

Rep. Trent Franks (R-Ariz.), however, denounced the Obama administration’s engagement with the Muslim Brotherhood. Franks, who is a member of the House Committee on Armed Services, said it was “unfathomable” that the Administration would reach out to “an extremely violent Islamic fundamentalist group … whose ‘Supreme Leader,’ Mohammed Badei, declared holy war or ‘jihad’ on the U.S. and Israel just last October.”

“I am calling on Secretary Clinton and the Administration to abandon this reckless course of engagement with an enemy that has called for not only America’s destruction but the destruction of our most trusted ally in the region,” urged Franks. “The Muslim Brotherhood’s declaration of war against the United States is real and the Obama Administration is again asleep at the wheel, continuing a policy of self-destruction.”

Historically, Jewish citizens have supported Democratic candidates. However, that could be changing with the Obama Administration’s latest move, which comes after President Obama recommended that Israel’s 1967 borders be the basis for peace negotiations and land swaps.

Obama’s remarks at this year’s AIPAC conference in May was met with scattered boos from an audience upset when the President addressed the peace process.

“The borders of Israel and Palestine should be based on the 1967 lines with mutually agreed swaps, so that secure and recognized borders are established for both states,” the President said.

While The Muslim Brotherhood is considered by some to be a “moderate” Islamic group, policy advisors and senior fellows believe the group is actually a combination of many fractured organizations – making it difficult for the U.S. to establish a meaningful relationship with the group as a whole. Instead, policy advisors recommend dealing with individual groups that are willing to work with the U.S. government.

Israel has long expressed their opposition to the U.S. having any relationship with Muslim Brotherhood or their leaders.