The Palestinian Authority is facing another budget crisis, after all its July. It has reached its borrowing limit and has a 585 million dollar deficit, again. So naturally its leaders are asking the West for yet another mega handout. 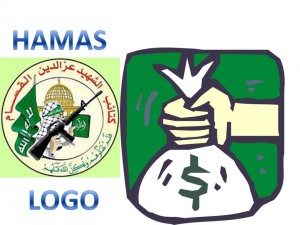 Back in 2007, 7.4 billion dollars was pledged to keep the terrorist edifice of the Authority running. The PA claimed that it needed 3.9 billion for budgetary shortfalls alone. After pissing all that money away, they want far more than that, the men who give the suicide bombers their marching orders are again back passing around the collection plate.

Even as the Palestinian Authority pushes forward on a statehood bid at the UN, not only is it unable to pay its own bills, but its only real revenue stream is foreign aid. Few states can claim to have failed, before they are even declared– but the PA is on its way there.

But do “Palestinian People” really need billions more in aid? The World Bank report for 2011 found that only 16 percent of the West Bank under PA control was living below the poverty line.

How serious is a 16 percent poverty rate? It’s better than the poverty rate in Washington D.C. which hit 18.9 percent. That means that politicians in Washington D.C. are diverting money that could have been used to help needy Americans a few miles from their offices, to help the comparatively better off terrorist populations in the West Bank, maybe to pay for their televisions like on Sept 11 they watched and later celebrated.

Contrary to the barrage of news stories on the suffering of the Palestinians, the poverty rate for America and the West Bank aren’t that far apart. The California poverty rate is at 15.3 percent. And the national average at 14.3 percent is hardly that much better.

Why isn’t there a UN aid facility distributing food near Foggy Bottom? And if being a failed state with no budget discipline requires international aid, then where are California’s aid pledges?

Many of the PA’s chief donors have poverty rates in the same range. Some are even worse off. Greece’s poverty rate is at 20 percent. Spain’s is nearly as high. And 17 percent of the EU population is considered to be at risk of poverty. Even Germany’s strong economy still has a 15.5 percent poverty rate. A few percentage points away from the West Bank.

What’s the West Bank’s economic secret? 16.9 percent unemployment, a better number than among many of its international donors, funded by those same donor countries.

The dirty secret of the Palestinian Authority is that it is a wholly subsidized enterprise paid for by American and European taxpayers. And most of the money goes to the same place that it does in California– to the local government and its vast army of employees and their pockets.

In July, the PA announced that it could only afford to issue half its payroll for the month. The terrorists on its payroll would have to make do with 115 million, instead of 225 million. This stunt is meant to bully international donors into kicking in more money so the Fatah employment agency stays open.

Why the sudden payroll crisis? Last month the PA passed a law putting all imprisoned terrorists, even members of Hamas, on its payroll. Now the Palestinian Authority is having payroll problems and expects foreign donors to bail it out– so it can continue paying money to convicted murderers.

And what else is all that money paying for? 1.3 million to computerize the records of the PA’s Religious Courts. So no offenders against Sharia law can hope to dodge the Islamic justice system. Plus another 29 million to construct “model buildings” for religious courts.

Vallejo, California (And Virtually The Rest Of The State Of California are a complete mess). Almost the entire state of...