This past week, the Obama administration informed Congress that it had approved the sale of 125 M1A1 Abrams Tanks to the new unknown government of Egypt. The question of just who is running the government of Egypt was apparently insignificant to Obama and the decision-makers. 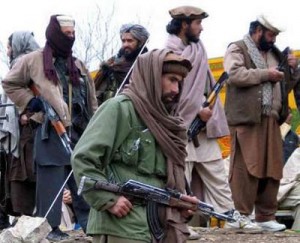 This goes to the heart of the problem, as the Obama administration continually makes irrational and dangerous foreign policy decisions that may not only have a dramatic affect on the Mideast and surrounding areas, but that will likely impact U.S. interests across the globe.

What will likely go down in history as the first of Obama’s “Carter moments,” was his decision to abandon America’s long-standing friend, Hosni Mubarak. While the Left loves to argue that Obama is just following the Bush doctrine by supporting democracy, that rationale ignores the importance of the U.S. government pursuing its national security interests. Abandoning a long-standing ally in exchange for a government comprised of the Muslim Brotherhood is not a positive development for the U.S.

Notwithstanding Mubarak’s internal policies, Egypt honored a peace agreement with Israel, kept the Muslim Brotherhood’s terrorist endeavors at bay, maintained the unimpaired flow of natural gas through the pipeline to Israel and Jordan, and policed its Gaza border to help prevent the shipment of weapons to Hamas. That 30 year peace agreement is not dead with Egypt’s new rulers.

Throwing Mubarak under the bus without any long-term plan or influence over the formation of the future government was far from a strategic policy decision. However, it is consistent with a US President who has been reaching out to Islamic fundamentalists since entering office.

“The Muslim Brotherhood, contrary to ‘intelligence’ chief James Clapper’s ridiculous claim that it is ‘largely secular,’ is dedicated to establishing an Islamic state in Egypt and implementing the Islamic law that has no room for democratic principles, uses violence against dissenters and miscreants, and tramples upon minority rights and women’s rights…

“The spiritual father of the Muslim Brotherhood, the 84-year-old Sheikh Yusuf al-Qaradawi, recently returned to Cairo to be greeted by huge and rapturous crowds after the end of his fifty-year exile from the country. In January 2009, during a Friday sermon broadcast on Al-Jazeera, he prayed that Allah would kill all the Jews: ‘Oh Allah, take this oppressive, Jewish, Zionist band of people. Oh Allah, do not spare a single one of them. Oh Allah, count their numbers, and kill them, down to the very last one.'” Yes he said that, and the crowd cheered, I bet you did not see that on your local liberal new channel..

Furthermore, the state of affairs in Egypt is completely in disarray. The protests in Tahrir Square are far from over with anti-government demonstrations continuing. It would make more sense to hold off any weapons sales to an Egyptian government until the completion of upcoming elections when the State Department and National Security Agency can best analyze whether Egypt will continue pursuing peaceful relations with the U.S. and its allies in the region or whether it is heading down the path of Khomeinist Iran.

Egypt is not the only country in the region receiving U.S. military aid. Omri Ceren disclosed the use by Lebanese Armed Forces of U.S.-provided M16’s and armored personnel carriers against the Israel Defense Forces in on-going border disputes. Notwithstanding the arguments of pro-Palestinian activists who vilify the IDF, Israel is the only reliable U.S. ally in the region, while Iranian-controlled Lebanon is far from reliable.

Southern Lebanon is completely controlled by the Islamic terrorist organization Hezb’allah notwithstanding the failed efforts of UNIFIL. This brings us back to Iran and one more potential Carter moment for Obama as he bargains away Israel’s defensive borders at the expense of providing further means for her enemies to attack, is Obama aiding and abetting the Enemy?

John Bolton pointed out earlier this year, “the fall of Lebanese Prime Minister Saad Hariri’s government, replaced by a Hezbollah-dominated coalition, dramatically imperils Beirut’s democratic Cedar Revolution.” Logic dictates that not only must Washington “withhold recognition from any Lebanese government that relies on Hezbollah support,” it must withhold all military support of the LAF and UNIFIL until that country stabilizes and proves its peaceful bona-fides.

Similarly, the U.S. has been providing on-going funding and military training to the Palestinian Authority’s security forces. Caroline Glick reported two years ago that, “At a recent lecture in Washington, US Lt.-Gen. Keith Dayton, who is responsible for training Palestinian military forces in Jordan, indicated that if Israel does not surrender Judea and Samaria within two years, the Palestinian forces he and his fellow American officers are now training at a cost of more than $300 million could begin killing innocent Israeli citizens. Dayton’s statement laid bare the disturbing fact even though the administration is fully aware of the costs of its approach to the Palestinian conflict with Israel, it is still unwilling to reconsider it.”

Sadly, Dayton’s prediction proved correct when in April of this year, a Palestinian Authority policeman gunned down an Israeli worshipper at Joseph’s Tomb in Nablus. Furthermore, two members of the PA security forces were arrested in connection with the Itamar massacre in which five members of the Fogel family were brutally murdered.

Israeli MK Danny Danon called on the U.S. to reconsider its funding and training of PA security forces stating that, “as a true friend of Israel, we expect that the objective of this training would be to ensure Israeli security and not to kill its citizens.” In the meantime, the Palestinian governing entities of Fatah and Hamas have entered into negotiations for a reconciliation of the two governments, a step that has since encountered road blocks (as opposed to the Road Map for Peace completely being ignored by the Obama administration). One shudders to imagine a union of U.S. trained forces and Hamas militants governing a future Palestinian state living side by side with the Jews they have vowed to annihilate.

Damascus provides another example of Obama’s blind eye to abject terror while, on bended knee, he props up terrorist regimes dedicated to the destruction of western values and the annihilation of Israel. Early Monday, hundreds of Syrian government supporters attacked the U.S. Embassy in Damascus hanging signs cursing America and stating, “The people want to kick out the dog.”

President Bush withdrew the Syrian ambassador in 2005 and it was only when Obama began his ill-sought hopes and dreams of peace with the Muslim world (and the Islamic fanatics either controlling or seeking to control so many of its unstable nations in the Mideast and Northern Africa) that he returned a U.S. representative to that country by means of a recess appointment due to lack of Senate approval. As Representative Ileana Ros-Lehtinen, chairwoman of the House Foreign Affairs Committee noted at the time.

“Using this Congressional recess to make an appointment that has far-reaching policy implications despite Congressional objections and concerns is regrettable…Making underserved concessions to Syria tells the regime in Damascus that it can continue to pursue its dangerous agenda and not face any consequences from the US…That is the wrong message to be sending to a regime which continues to harm and threaten US interests and those of such critical allies as Israel.”

The Jerusalem Post further reported the observation of David Schenker of the Washington Institute for Near East Policy that “the decision to return an ambassador to Damascus showed that the Obama administration hadn’t decided to change its engagement policy with Syria despite its role in transferring serious weaponry to Hizbullah and its unwillingness to comply with the UN’s International Atomic Energy Agency about its suspected nuclear site.”

This once again brings us back to Iran and the hard to ignore visions of the Iranian hostage crisis that began in 1979 under Carter’s watch. It is difficult to imagine that the various Mideast “experts” in the Obama administration do not have similar images as they learn the news of the attacks in Damascas.

Unfortunately, those with whom the real power lays have vastly distorted views of the world and make decisions that defy reason. The lack of rational judgment and informed assessment is leading our country and our allies down a path of assured destruction. Obama’s replacement of strong leadership with a policy of leading from behind is destroying the pax American that helped maintain stability in the Mideast. But it is his aiding and abetting of U.S. enemies and his continued supplying of assistance and weaponry to hopeful hegemons that will most assuredly be used against friend and foe alike. This course, so reminiscent of the Carter failures, must be altered before the damage is irreversible and the Mideast is consumed by the fiery hatred of multiple Islamic republics.

“We’re giving out weapons to inevitably enemy regimes, and we’re doing it even as those weapons are already being turned against our allies” – Omri Ceren, in his Mere Rhetoric blog, August 7, 2010

Rep. Darrell Issa (R-CA) says the House Oversight and Government Reform Committee is finally “beginning to break down the walls of...