When “relocating” to the United States, it’s best to avoid states that have selfishly put the interests of their legal residents ahead of yours with laws that hinder your access to jobs and benefits. But many attractive destinations remain, endorsed by millions of illegal aliens already living in each. 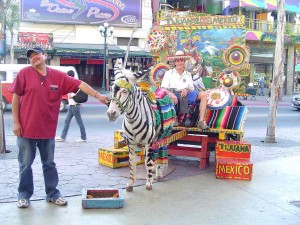 1. California
California’s state motto “Eureka” (I have found it!) aptly applies here. The state’s population includes 3.2 million illegal aliens — almost 24% of all illegal aliens in America — have chosen the Golden State as their preferred domicile.

Unless you commit a violent felony, the state leaves you alone. Los Angeles Special Order 40 – a sanctuary policy that sets the tone statewide – prevents local officers from inquiring about your immigration status.

Many “visitors” head straight for Central Valley, which depends on a combination of immigration and irrigation to produce almost 8 percent of America’s total agricultural output. You’ll be in good company because more than half of the farm workers in California have no work authorization.

Of course don’t forget in-state tuition for illegal aliens. Take advantage of the Dream Act in a place that can only be described as the Dream State for Illegal Aliens.

If jobs are what attract you, then this upscale community close to our nation’s capital offers the mother of all magnets.

The first step to getting a job is to visit a Casa De Maryland (CASA) Welcome Center. Their employment specialists help you find a job and don’t give a hoot about your legal status. They will even help you acquire an IRS-issued taxpayer identification number because, of course, you’re here illegally and not eligible for a real Social Security number.

This powerful organization is truly the illegal alien Welcome Wagon with $16 million in assets, $4.9M of it acquired in 2010 from government contracts!

Don’t worry about Secure Communities because the County recently opposed its implementation. And for college-bound illegal aliens, take advantage of in-state-tuition now that the state passed the Maryland Dream Act.

There’s nothing like a valid driver’s license in your hip pocket to help you navigate the U.S. at will.

Most states require you to present your Social Security Number (SSN) to get one. Washington has made an exception. If you don’t already have a fake SSN – or aren’t “borrowing” one from a U.S. citizen – simply sign a form and bring a utility bill along to prove you’re living in the Evergreen State.

Don’t have a utility bill? Washington accepts Mexican Matrícula Consular ID cards as proof of identification. The state is not concerned with FBI and Department of Justice warnings that the cards are not reliable forms of ID and pose “major criminal and potential terrorist threats.”

Don’t even have a consular card? That’s even easier than getting a driver’s license. Visit the Mexican Consulate in Seattle and bring a birth certificate (they’re not concerned about whose it is) and proof of address.

Is this a great state or what?

The Beatles may have had you and Chicago — the whole state even — in mind when they sang “I get by with a little help from my friends.” Local politicians will entice you, excuse you, and if you don’t mind terribly, use you.

U.S. Senator Dick Durbin is a good friend of illegal aliens and a stalwart supporter of the DREAM Act.

U.S. Representative Luis Gutierrez is your other friend. He’s on record saying, “I have only one loyalty, and that’s to the immigrant community.”

Illinois Governor Pat Quinn is also on your team. He recently told the federal government that Illinois will not participate in Secure Communities.

What does remain is Chicago’s sanctuary city policy. You won’t be asked any questions if you keep out of trouble but should you get jailed, no one will check your immigration status even when you’re in custody.

Finally, Chicago’s mayor, Rahm Emmanuel understands your needs; he used to be President Obama’s Chief of Staff. He’ll do what he can locally to continue the president’s agenda of dismantling of immigration enforcement.

Of course you’ll be expected to vote for all these folks once they figure out a way to make you legal but you’ll get used to it, quid-pro-quo voting is a Chicago-style tradition.

New Haven is what its name implies – a haven for illegal aliens. You won’t need to fuss with legal documents like driver’s licenses, social security card, Green Card, visa or passport; there is a card just for you. In 2007, this town became the first in the country to offer ID cards to residents, “regardless of age or immigration status.”

The most useful aspect of having one of these cards is that it allows you to open a bank account and deposit money from the job you’re working — without legal authorization.

Interestingly, the New Haven ID card has embedded holograms so that no one can ever steal your identity. Yale’s hometown has thought of everything right down to making sure no one in town ever has a phony illegal alien ID card.

Given that the citizens of these destinations keep voting for politicians who enact policies that welcome illegal immigration, we’re certain they’ll be pleased by your arrival. (FOXNEWS)

In Case You Missed It:  EXPOSED: Wuhan scientists planned to use "skin-penetrating nanoparticles" to unleash "chimeric covid spike proteins" into bats in China
Posted in Freedoms and tagged Illegal Immigration, Immigration, Liberalism.

On Social Security, Tax Hikes Are Not the Answer

Social Security is currently unsustainable. It began running deficits in 2010 and its trust fund will be exhausted by 2036,...