Milton Friedman once said that “there is no alternative way, so far discovered, of improving the lot of the ordinary people that can hold a candle to the productive activities that are unleashed by a free enterprise system.”

For most people in the world, this is a convincing argument. Not, however, for the Peronists who have dominated Argentina’s politics for the past 70 years.

Ranked 138th out of 179 countries in The Heritage Foundation’s 2011 Index of Economic Freedom, Argentina’s economy continues to head in the wrong direction.

The government’s official statistics agency claims that inflation is under 10 percent, but private economists estimate it to be running at nearly 25 percent. Meanwhile, the government has refused since 2006 to allow economists from the International Monetary Fund (IMF) to audit its accounts, despite that review being required of all IMF member states. 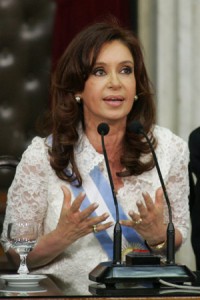 In addition, Argentine President Cristina Fernandez de Kirchner, who is running for reelection this October for another four-year term, has taken numerous other steps away from economic freedom in her pursuit of ever-more centralized government planning and protectionist regulation to protect Peronist trade unions. For example, Kirchner:

Even more troubling, the former IMF head for the Western Hemisphere recently stated that Argentina “has introduced about 100 restrictive measures since 2009 affecting [its trade with] 174 countries, more than any other individual country” in the world.

Just this past week, Kirchner rolled out a new approach to squelch opposition voices by denying there is even a problem.

In contrast, Argentina’s next-door neighbor Chile chose instead the path to prosperity and went from one of the most protected economies in the world in 1975 to ninth in the world in trade freedom. In fact, Chile now boasts 57 bilateral or regional trade agreements, more than any other country in the world, helping it maintain the freest economy in all of Latin America.

Chile’s open economy has produced decades of solid economic growth and civil stability. Kirchner would be well advised to follow the lead of her neighbors to the west.

Benjamin Stewart is currently is a member of the Young Leaders Program at the Heritage Foundation. Click here to learn more about interning at Heritage.

Berkeley-CAIR Islamophobia Report: ‘No There, There’