The US is indebted mainly to …well.. Americans. Still, foreigners hold about 47 percent of the national debt, with China and Japan owning the biggest chunks, but not the majority.

The U.S. owes somebody a whole pile of money. You knew that, right? Years of deficit spending have run up the national debt to a level that defines the word “stratosphere.” By the end of this year, the most commonly used measure of US debt – debt held by the public – will break $10 trillion for the first time. 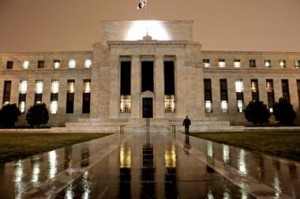 Within this slice, the largest category is individuals – Treasury notes are good solid additions to any portfolio. US individuals hold 12 percent of the country’s debt. Next under the domestic category comes the Federal Reserve, which holds 9 percent of US debt, then pension and retirement funds, mutual funds, and state and local governments.

Foreigners hold about 47 percent of US public debt. And yes, the largest foreign holder here is China – but only by a hair above Japan. Chinese investors are owed 9.8 percent of US debt. Next comes Japan, at 9.6 percent, and the United Kingdom not far behind, at 5.1 percent.

Oil exporting nations as a group, including Saudi Arabia, Oman, the United Arab Emirates, etc., account for about 2.6 percent of US debt. Brazil has 1.8 percent. The rest is split among lots of other countries.

So if anybody tells you that Americans work for China now, since they hold all our T-notes and can yank our fiscal chain, tell them that’s an exaggeration. The vast majority of US debt is owed to non-Chinese, after all. Maybe we should worry about the British instead – that queen of theirs looks like a tough customer.

If anybody’s got an island lair, it’s probably her.

A group of U.S. Senators called the Gang of Six has cobbled together the third Senate-originated half-baked idea this week...