If you haven’t already heard, the crowd attending last weekend’s soccer match between the United States’ and Mexico’s men’s teams was overwhelmingly biased in favor of Mexico – and it was held at the Rose Bowl in Pasadena, CA, with over 93,000 in attendance. 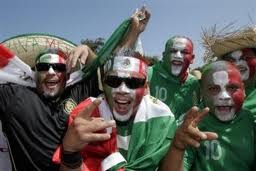 When the U.S. team took the field it was “smothered in boos” and our national anthem was drowned out by air horns and bouncing beach balls rather than met with respect.

U.S. coach Bob Bradley even responded that “the support Mexico has… makes it a home game for them.”

A “home game” for Mexico – in the United States? Pretty much.

And with Obama’s plan to grant mass Amnesty any second while the border remains unsecure, we can only expect more “home games” for Mexico here in the U.S. in every facet of our lives. 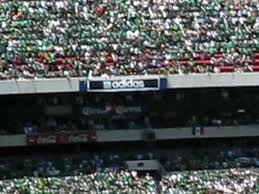 When questioned about the anti-American sentiment directed toward the U.S. team, one fan of Mexico responded that he was simply booing the team – not the country itself. But why were thousands still booing the U.S. team when the game was over with Mexico winning 4-2 and our national anthem drowned out?

Even more disgraceful – the entire closing ceremony was in Spanish! According to U.S. goalkeeper Tim Howard put it: “You can be your (expletive) that if we were in Mexico City, it wouldn’t all be in English.”

As one American reporter compared, “ were U.S. fans in a Mexican town to boo, jeer and chant obscenities at a Mexican team before, during and after a match, and blow horns during the Mexican national anthem, they would be lucky to get out of the stadium alive.” 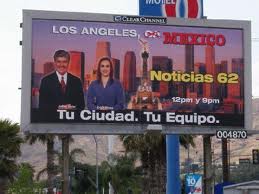 In what other country would a visiting team have “home” field advantage? None.

So what lesson have we learned from the U.S.-Mexico game aside from the fact that roughly 80,000 Mexican fans could not control their contempt for the U.S. team and for our national anthem?

We have 12-20 million illegal immigrants mostly hailing from Mexico and many others who may be legal residents or even citizens who are not truly “American”.

Simply put by one fan, “I was born in Mexico, and that is where my heart will always be.”

Maybe he and every other unpatriotic individual should follow their heart back to Mexico or other place of allegiance.

With Obama ready to declare mass Amnesty any second, the situation only gets more dire as millions of individuals with zero allegiance to America will be granted the rights and freedoms belonging to U.S. Citizens.

But with your help, we can stop him and every other tenet of his plan to destroy America for the sake of re-election.

This week, the Institute of Medicine (IOM) released its recommendation of women’s preventive services that should be covered with no...