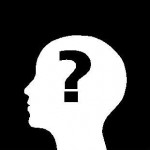 “The fact that we are here today to debate raising America’s debt limit is a sign of leadership failure. It is a sign that the U.S. Government can’t pay its own bills. It is a sign that we now depend on ongoing financial assistance from foreign countries to finance our Government’s reckless fiscal policies. … Increasing America’s debt weakens us domestically and internationally. Leadership means that ‘the buck stops here. Instead, Washington is shifting the burden of bad choices today onto the backs of our children and grandchildren. America has a debt problem and a failure of leadership. Americans deserve better.”

In Case You Missed It:  California Restaurant Protests Medical Tyranny By Asking Diners to Prove They Are Unvaccinated
Posted in Tyranny and tagged Deficit, Obama, United Socialist States of America, White House.

Exposed: Congressional Members Net Worth Up 3,669%

In the information overload that has become our every day, worrisome world, it is often difficult to see the forest...