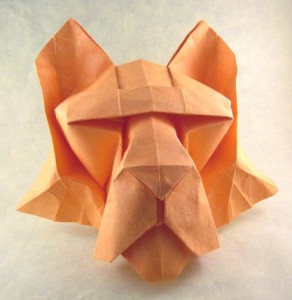 Hardly a week goes by without a headline pronouncing that China is about to overtake the U.S. and other advanced economies in the innovation game. Patent filings are up, China is exporting high-tech goods, the West is doomed. Or so goes the story line.

The reality is very different. China is indeed mounting considerable efforts on the innovation front. However, many of the pundits seem to confuse inputs with outputs.

At first blush, data on “outputs” also look impressive. According to the World Intellectual Property Organization, Chinese inventors filed 203,481 patent applications in 2008. That would make China the third most innovative country after Japan (502,054 filings) and the U.S. (400,769).

Yet there’s less here than meets the eye. Over 95% of the Chinese applications were filed domestically with the State Intellectual Property Office. The vast majority cover Chinese “innovations” that make only tiny changes on existing designs. In many other cases, a Chinese filer “patents” a foreign invention in China with the goal of suing the foreign inventor for “infringement” in a Chinese legal system that doesn’t recognize foreign patents.

A better measure is to look at those innovations that are recognized outside China—at patent filings or grants to China-origin inventions by the world’s leading patent offices, the U.S., the EU and Japan. On this score, China is way behind the others.

The most compelling evidence is the count of “triadic” patent filings or grants, where an application is filed with or patent granted by all three offices for the same innovation. According to the OECD, in 2008, the most recent year for which data are available, there were only 473 triadic patent filings from China versus 14,399 from the U.S., 14,525 from Europe, and 13,446 from Japan. Data for patent grants in 2010 by individual offices paint a virtually identical picture.

Starkly put, in 2010, China accounted for 20% of the world’s population, 9% of the world’s GDP, 12% of the world’s R&D expenditure, but only 1% of the patent filings with or patents granted by any of the leading patent offices outside China. Further, half of the China-origin patents were granted to subsidiaries of foreign multinationals.

Why is there such a big gap between innovation inputs and outputs? Partly it may simply be a matter of time. Innovation requires not just new efforts but also a rich stock of prior knowledge. As new players on the technology frontier, Chinese organizations will need several years to build the requisite stock of knowledge.

But other factors are also at work. For instance, processes for allocating government funds for R&D projects remain highly politicized and inefficient. Policy makers have a strong penchant for megaprojects backed by individual ministries and give R&D grants based largely on political clout and connections rather than scientific peer review.

As Yigong Shi and Yi Rao, deans of Life Sciences at Tsinghua and Peking Universities respectively, observed in a recent editorial in Science magazine, for grants ranging from tens to hundreds of millions of yuan, “it is an open secret that doing good research is not as important as schmoozing with powerful bureaucrats and their favorite experts.. . . . China’s current research culture . . . wastes resources, corrupts the spirit, and stymies innovation.”

China’s research culture also suffers heavily from a focus on quantity over quality and the use of local rather than international standards to assess and reward research productivity. The result is a pandemic of not just incrementalism but also academic dishonesty. A 2009 survey by the China Association for Science and Technology reported that half of the 30,078 respondents knew at least one colleague who had committed academic fraud. Such a culture inhibits serious inquiry and wastes resources.

China’s educational system is another serious challenge because it emphasizes rote learning rather than creative problem solving. When Microsoft opened its second-largest research lab (after Redmond, Wash.) in Beijing, it realized that while the graduates it hired were brilliant, they were too passive when it came to research inquiry. The research directors attacked this problem by effectively requiring each new hire to come up with a project he or she wanted to work on. Microsoft’s approach is more the exception than the rule among R&D labs in China, which tend to be more top-down.

Yes, China is making rapid strides in some areas such as telecommunications technology. However, on an across-the-board basis, it still has quite some distance to cover before becoming a global innovation power.

Posted in Financial and tagged China, Economy, Made in China.

What has President Obama done? Against the background of a darkening sky, all of the past Presidents of the United...