(Activist Post) The science behind the anthropogenic global warming theory appears to be falling apart with each new scientific study. Global warming, now often referred to as “climate change,” is still reported as fact in every establishment publication despite increasing evidence to the contrary. It’s difficult to argue that the climate is not shifting in some noticeable way, yet recent reports clearly show that the science is not as settled as some global warming advocates would suggest.

In fact, since the Climategate scandal broke, where top climate scientists were caught manipulating data to fit the theory, polls have shown the number of global warming believers has plummeted to new lows. Notably, this has occurred while every major media outlet has promoted the theory as environmental law. The record number of skeptics has inspired Al Gore to create a new climate re-education project where he claims “The climate crisis is real and we know how to solve it.”

Even though Gore claims to know how to solve an unproven theory, the proposed solutions to global warming are now drawing scathing criticism from some world leaders like Czech President Vaclav Klaus. Klaus, an economist who lived through the rise and fall of communism, recently said that the climate change movement is a threat to democracy. 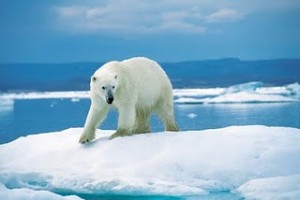 “I consider (the global warming doctrine) a new dangerous attempt to control and mastermind my life and our lives, in the name of controlling the climate or temperature,” Klaus said to an audience of the Australian-based think-tank Institute of Public Affairs. Klaus also exposed phony environmentalists, “They don’t care about resources or poverty or pollution. They hate us, the humans. They consider us dangerous and sinful creatures who must be controlled by them.”

Rhetoric aside, the science now pouring in appears to further debunk the anthropogenic global warming theory. Here are four recent developments that damage the theory:

1. A biologist who claimed that polar bears were drowning because of melting ice has been suspended and is being investigated for scientific misconduct following his “veracity” in emotionalizing a debunked topic. Get ready for Polarbeargate.

2. Today, new NASA data blows a gaping hole in global warming alarmism: “NASA satellite data from the years 2000 through 2011 show the Earth’s atmosphere is allowing far more heat to be released into space than alarmist computer models have predicted, reports a new study in the peer-reviewed science journal Remote Sensing.”

3. CERN physicists conducted a cosmic ray climate experiment that is said to directly contradict the climate change debate in the political arena. Apparently, so much so that the scientists have been gagged from discussing their findings reportedly proving that cosmic (space-based) energy has a far greater effect on the climate than previously believed.

4. A recent study published in the Proceedings of the National Academy of Science found evidence that coal burning plants may actually be cooling the planet. The findings have been accepted to the point of suggesting using sulfur to combat global warming; “Sulfur’s ability to cool things down has led some to suggest using it in a geo-engineering feat to cool the planet.” If anything, this study proves that the science behind the anthropogenic global warming theory is unproven.

The stakes are incredibly high in the climate change debate, and global solutions are being offered to us by some less-than reputable leaders, including the international banking cartel. We should remain skeptical and continue to gather more evidence, or the proposed solutions for the climate might lead to other changes that we could live to regret.

Be sure to tune in to Heritage Libertad Radio this Sunday at Noon ET, here. The first 30 minutes is...