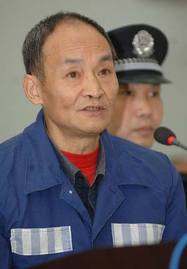 NEW YORK/SHANGHAI (Reuters) – China bluntly criticized the United States on Saturday one day after the superpower’s credit rating was downgraded, saying the “good old days” of borrowing were over.

Standard & Poor’s cut the U.S. long-term credit rating from top-tier AAA by a notch to AA-plus on Friday over concerns about the nation’s budget deficits and climbing debt burden.

China — the United States’ biggest foreign creditor with around 10% of the treasury holdings — said Washington only had itself to blame for its plight and called for a new stable global reserve currency.

“The U.S. government has to come to terms with the painful fact that the good old days when it could just borrow its way out of messes of its own making are finally gone,” China’s official Xinhua news agency said in a commentary.

After a week which saw $2.5 trillion wiped off global markets, the move deepened investors’ concerns of an impending recession in the United States and over the euro zone crisis.

Finance ministers and central bankers of the Group of Seven major industrialized nations will confer by telephone later on Saturday or on Sunday, a senior European diplomatic source said.

The source said the credit rating downgrade had added a global dimension on top of the euro zone debt issue, raising the need for international coordination.

“The G7 will confer by telephone. It’s not yet confirmed whether it will be in one stage or in two stages, tonight and tomorrow,” the source said.

French Finance Minister Francois Baroin, who would chair such a meeting under France’s G7 and G20 presidency, said it was too early to say whether there would be an early G7 gathering.

In the Xinhua commentary, China scorned the United States for its “debt addiction” and “short sighted” political wrangling.

“China, the largest foreign creditor of the world’s sole superpower with almost 10% of the treasury bonds, has every right now to demand the United States address its structural debt problems and ensure the safety of China’s dollar assets,” it said.

“International supervision over the issue of U.S. dollars should be introduced and a new, stable and secured global reserve currency may also be an option to avert a catastrophe caused by any single country,” Xinhua said.

In Washington, President Barack Obama urged lawmakers on Saturday to set aside partisan politics after the debt battle, saying they must work to put the United States’ fiscal house in order and refocus on stimulating its stagnant economy.

S&P blamed the downgrade in part on the political gridlock in Washington, saying politics was preventing the United States from addressing its deficit and debt problems.

Obama called on Congress to back measures to give tax relief to the middle class, extend jobless benefits and pass long-delayed international trade pacts.

“Both parties are going to have to work together on a larger plan to get our nation’s finances in order,” he said.
“In the long term, the health of our economy depends on it…in the short term, our urgent mission has to be getting this economy growing faster and creating jobs.”

In contrast to the Chinese criticism, France’s Baroin said France had faith in the United States’ ability to get out of this “difficult period.”

Friday’s U.S. unemployment numbers were better than expected and so things were heading in the right direction, he said.

“Therefore, one should not dramatise, one needs to remain cool-headed, one should look at the fundamentals,” he told France’s iTele.

While the impact of the rating cut on financial markets when they reopen on Monday may be modest because the decision was expected, the shift may have a long-term impact for U.S. standing in the world, the dollar’s status, and the global financial system.

“I think even if it was half-expected, the consequence will be far reaching,” said Ciaran O’Hagan, fixed income strategist at Societe Generale in Paris.

“It will weigh on secure assets. The bigger reaction will be on risky assets, including equities and on agencies (Freddie Mac, Fannie Mae) and states backed directly by the federal government.”

But he added: “U.S. Treasuries will remain a benchmark. This is a ship which takes a long time to turn around.”
Norbert Barthle, a budget expert for German Chancellor Angela Merkel’s conservatives said the downgrade would certainly provoke further turbulence in markets.

“I’m not surprised about the U.S. rating downgrade, rather I am astonished that for weeks, international rating agencies have focused their attention on the European debt situation but not the American one. For a while, there have been clear worries about America’s economic woes but also the fact the U.S. is heavily indebted.”

Italy buckled on Friday to world pressure by pledging to bring forward cuts to balance the budget in 2013 in return for European Central Bank help with funding.

European policy makers are concerned that a debt emergency in the euro zone’s third largest economy could completely overwhelm bailout mechanisms set up to help smaller troubled countries like Greece or Ireland.

Italy is due to go to the polls in 2013 but Berlusconi dismissed any suggestion of emulating Spain, where Prime Minister Jose Luis Rodriguez Zapatero has called an early election to tackle the crisis.

“This has absolutely not been talked about,” Berlusconi told reporters. “This has never been an option.”
The European Union’s top economic official praised Italy’s decision to accelerate budget-balancing measures and structural economic reforms and said swift implementation was now crucial.

“I strongly support this announcement and call on the authorities to quickly translate it into concrete measures,” European Economic and Monetary Affairs Commissioner Olli Rehn told Reuters in a telephone interview.

“This will help to boost potential growth, secure budgetary retrenchment and bolster market confidence,” Rehn said.
The European Central Bank sources said the bank remains divided over whether to buy Italian government bonds but even some of those who favor the move say Italy should do more to front-load austerity measures.

Two sources said they expected ECB President Jean-Claude Trichet to hold a teleconference of the bank’s policy-setting Governing Council over the weekend to discuss how to respond to turmoil in financial markets and Italy’s latest measures.

China and Japan have called for coordinated action to avert a new worldwide financial crisis. India’s finance minister Pranab Mukherjee told reporters: “There is no need to unnecessarily press the panic button.”

The Associated Press has learned that more than 20 Navy SEALs from the unit that killed Osama bin Laden were...