The Associated Press has learned that more than 20 Navy SEALs from the unit that killed Osama bin Laden were among those lost in a helicopter crash in Afghanistan. 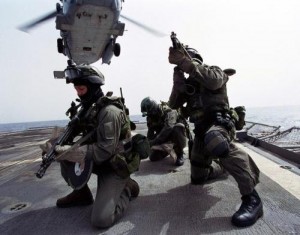 The operators from SEAL Team Six were flown by a crew of the 160th Special Operations Aviation Regiment. That’s according to one current and one former U.S. official. Both spoke on condition of anonymity because families are still being notified of the loss of their loved ones.

One source says the team was thought to include 22 SEALs, three Air Force air controllers, seven Afghan Army troops, a dog and his handler, and a civilian interpreter, plus the helicopter crew.

The sources thought this was the largest single loss of life ever for SEAL Team Six, known as the Naval Special Warfare Development Group.

In Case You Missed It:  Giddy Reporter Sucks Up to Joe Biden: “How Was Breakfast, Mr. President? Do You Like Coming to Wilmington?” (VIDEO)
Posted in Terrorism, Tyranny and tagged Afghanistan, Military, Osama bin Laden.

Hitler Was A Socialist, (Not A Right Wing Conservative)

[First published August 22, 2005] What is socialism? It is a politico-economic philosophy that believes government must direct all major...