A right-wing blogger popular among so-called “anti-jihadist” circles has revealed his true identity in an attempt to distance himself from the Norwegian terrorist who killed more than 70 two weeks ago.

In an exclusive interview with Norwegian dailyVG, whose headquarters were bombed in the attack, 36-year-old Peder Jensen says he is behind the Fjordman blog, which was repeatedly cited by Christian-Zionist terrorist Anders Behring Breivik. 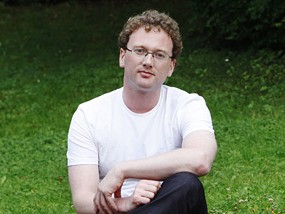 Jensen says he was “horrified” to find that Breivik citied the Fjordman blog, which closed in 2005, a total of 111 times in his 1500-page manifesto. The shy intellectual says the terrorist contacted him several times between 2009 and 2010, on the pretense that he was writing a book. Breivik asked for a meeting, which Jensen refused.

“I don’t know why he wanted to meet me, but I declined,” Jensen said. “Not because of his extreme views, but because he didn’t seem very interesting – like a vacuum cleaner salesman.”

Jensen, who has a masters degree in culture and technology from the University of Oslo and has studied Arabic at the University of Bergen and the American University in Cairo, said police confiscated his computer and interrogated him for several hours last week. The blogger told VG that he believes authorities are looking to implicate him in the attack, but officials will not find anything on his computer.

For a short time after the attacks, some speculated that Breivik was the author of the Fjordman blog. Jenson says he will never use the penname again, and is going into hiding to avoid public scrutiny.

“I don’t wish to be associated with Breivik and his horrible actions,” Jensen said.

Fjordman never advocated violence in his blogs, if anything he spoke out against extremism, specifically Islamic radicalism,  a very real and serious problem.

In Case You Missed It:  Covid vaccinations now PROHIBITED in people under 50 in Denmark
Posted in Freedoms and tagged Norway.

Businesswoman Rips Obama & Calls on Him to Apologize to America

As liberals have chosen to attack the validity of S &P‘s downgrade of the U.S. government credit rating, some in...