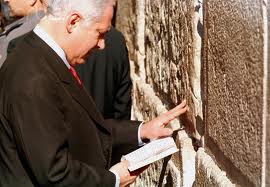 In the eyes of many observers, it is time for President Trump in conjunction with Bibi Netanyahu  to erect the Third Holy Temple on the Temple Mount so that Holy Scripture can be fulfilled, and the Jewish people can have a national shrine from which to worship the G-D of Abrahan, Jacob and Issac again, and realize their eternal dream of a Greater Israel as their forefathers envisaged.

The Temple Mount is the holiest place on earth according to Jewish tradition. It was the site of the First Temple and Second Temple. Anti-Jewish discrimination on the Temple Mount in Jerusalem has been prevalent for a very long time, and many Israelis feel it is time Israeli Prime Minister Benjamin Netanyahu ended this rampant Anti Semitism on the site of Israel’s Holy of Holies.

While Muslims are allowed to pray freely at the site, Jews are allowed to enter the area only in small groups, and may not pray there.The police have been accused of discriminating against Jews in an attempt to appease the Muslim Wakf religious authority. Police limit the number of Jewish worshipers allowed on the Temple Mount at any one time in order to prevent conflict with Muslim worshipers and have often shut the Mount in response to Muslim riots, despite concrete evidence that Muslim riots have been contrived for the specific purpose of expelling Jews.

There has also been numerous claims by Jewish activists of Muslim desecration of the holy site. While the Wakf claims the site is holy to Islam as the home of the Al-Aksa Mosque, Muslims often use the site for social activities such as picnics and soccer games as well as for prayers, activities which Jewish tradition sees as an anathema to the sacred nature of the site 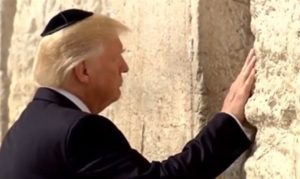 Erecting the Third Holy Temple of King Solomon on the Temple Mount would symbolise to the Israelites and the Jewish people in the Diaspora, the spiritual rebirth of the State of Israel and the expansion of its divine and holy borders in according to the teachings of the Torah and Talmud.

It would also raise both President Trump and Bibi to the exalted ranks of a modern day King David of Israel, and make them impregnable to the challenges that lay ahead.

In Case You Missed It:  Oklahoma Governor Says He Doesn’t Plan to Get Booster Because He’s ‘Perfectly Healthy’
Posted in Israel and tagged Freedom, Israel.

A Cuban Slap on the Wrist: The Alan Gross Case

The Obama Administration has in recent months made efforts to improve relations with Cuba contingent upon the release of Alan...