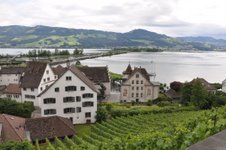 Government of the people, by the people and for the people, it was Lincoln on democracy. The democracy that he defined prevails in his mother country, US.  Thanks to the US constitution which plays the balancing act between the three premiere institutions of democracy, the legislature, the executive and the judiciary in the US with a series of powers given to these institutions to control each other, known as ‘checks and balances.

Though the President of US is said to be elected directly by the people of US, it is an electoral college that ultimately decides who is to become the President. Election to the upper house, meant for the Senates is held once in two years; similarly members to the House of Representatives are elected by the people periodically. The democracy that prevails in the US is an indirect form of democracy through the elected representatives of the people.

In India, considered to be the largest democracy of the world with a population of more than 120 million, people are delegating their power to their representatives through the election process. The elected members are sometimes participating in the voice voting and in rare cases involving important issues as well as electing the President or the Vice President of India they exercise their vote in a secret ballot. Though illiteracy plays its havoc in having a healthy democracy in India, by and large, it is successful.

From the Federal Assembly, seven members are elected as federal council members through an indirect system of election by the Federal Assembly members. One of these Federal Council members holds his post as the President of Switzerland by rotation for one year. This system of electing the President of Switzerland from one among the federal councilors is an indirect method of democracy. When you compare the system of indirect election of presidents of US or India, the Swiss system is the best, besides being very simple, less cumbersome and without any scope for corruption. In a democracy, if a person holds power for a longer term in office there is more scope for misuse and corruption; after all power corrupts power and absolute power corrupts absolutely.

In the direct democracy that prevails in Switzerland, a Swiss citizen votes several times on policy issues at the Federal, Cantonal and Communal levels.

After the formation of Swiss federation in the year 1848, for nearly 120 years, the women did not have any political rights. Only limited number of people took part in the direct democracy. Only in the 1960s, voting rights were extended to others. In the year 1971, an all-men federal assembly extended the full fledged political rights to women.

Every Swiss citizen who has completed the age of 18 is eligible to participate in the direct democratic process, whether he or she is Switzerland or in the abroad. A Swiss canton has been even more liberal by extending the right to vote to its citizens who have attained the age of 16.After 2005, almost 50 % of the Swiss citizens are taking part in the direct democratic process.

In Switzerland, elections are held by secret ballot and organized by the communes, which automatically register their citizens of voting age within their jurisdiction. A large majority of Swiss people hand-mark their ballot papers and send them by mail. Each canton also conducts the first tests of voting through internet or through mobile phone at a local level of a commune. Before the commencement of the voting process each canton sends its voters the details of the issue on which voting is going to take place, the merits and demerits of voting for and against the issue etc.

In the direct democracy that prevails in Switzerland, the main instruments of it are called peoples initiative and optional referendum.

The people’s initiative is used for voting in order to make a change in the constitution partially or wholly.100, 000 signatures of citizens are to be gathered within 18 months from the date of initiating the process. But most people’s initiatives fail at the ballot box. Only 10 % initiatives between the period 1891 and 2007 passed and got through.

The referendum gives Swiss citizens the right to vote on legislation after they have been passed by the parliament. In fact this referendum in a way creates more pressure and responsibility among the Swiss legislators, lest it may get defeated in the referendum. Therefore, the legislators actually hold active parleys among the people so as to enlighten them about the proposed bill besides enlisting their support. There are two types of referendum called optional and obligatory. The Swiss referendums are quite popular, the most recent being ‘the ban on minarets in Switzerland’ that took place on 29, November,2009, in which 57.5 % voters favored the ban.

Another interesting referendum that took place in the year 1996 was in favor of allowing a commune that had a population of only 70, to part its ways from the Canton of Bern and merge with another canton. Of course, the wish of the commune was allowed and fulfilled.

Therefore, the democracy at its best actually prevails in Switzerland than elsewhere in the world.

In Case You Missed It:  Biden promises that your tax dollars will be used by HHS to transport women across state lines for baby killing... "abortion Uber"
Posted in Freedoms and tagged Europe, Freedom, Switzerland.

The folks at the National Whistleblowers Center (yes, there is one) like to tell of Samuel Shaw and Richard Marven,...