With unemployment stuck above 9 percent, Washington is trying to “pivot to jobs” once again. And already the discussion feels tired. The White 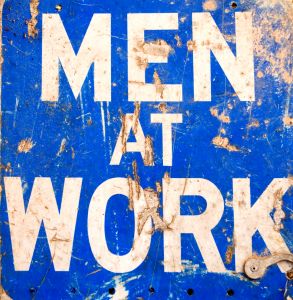 House’s much-hyped ideas don’t seem bold enough, and Republicans have had little to offer aside from the idea that reducing government regulation will somehow let the free market work its magic.

A range of less conventional ideas for creating jobs can be found beyond the narrow Washington conversation, however. They aren’t necessarily politically correct–but that doesn’t mean they would not be effective. It’s not like anything else we’ve been trying lately has been working.

Here are five of the best so-crazy-they-just-might-work ideas to get the economy back on track.

The struggling housing sector continues to exert a drag on the economy as a whole. Until home prices start to recover, consumers likely won’t feel wealthy enough to start spending again. But because we built so much excess housing capacity during the boom of the last decade–especially in areas like Nevada, Arizona and southern California–prices aren’t likely to rebound any time soon.

On Wednesday, President Obama announced an effort to deal with the problem by making it easier for Fannie Mae and Freddie Mac to convert distressed properties into rentals, in order to create a floor for home prices. But if that’s the goal, why not go all the way, and simply bulldoze some of that distressed excess capacity, after compensating banks and homeowners for their modest losses? By reducing the supply of housing, we’d set that price floor much higher, and could do so far more quickly. That, in turn, would start to stem the loss of housing wealth, giving consumers more money to spend and helping revive the broader economy. Equally important, the demolition work would create jobs in the beleaguered construction industry.

Some observers have suggested an additional step, involving turning the land into new parks or other green-spaces. That would help avoid blight and benefit the environment–a nice bonus. But the core of the idea–arresting the decline in home prices by just reducing the number of homes–would work equally well even if you left the bulldozed lots vacant.

This isn’t complicated. The government would provide money to private-sector companies or to state agencies, allowing them to hire unemployed workers who have already searched unsuccessfully for ordinary jobs.

Nor is the idea all that radical. As part of the 2009 stimulus law, a version of it was tried. Some states targeted specific groups, like young people, people with disabilities, or Medicaid recipients.

The results were generally well-received. For a cost of just $1.3 billion, more than 260,000 people–nearly 2 percent of the current total of jobless workers–found jobs. “Republican governors and Democratic governors all thought that this was a pretty good idea,” Sheldon Danziger, a professor of public policy at the University of Michigan, and a backer of the idea, told The Lookout. But the program expired last year, and Congress has shown little interest in reviving it.

Here’s another simple one. Congress last raised the federal minimum wage–from $6.55 to $7.25 an hour–in July 2009. Casey Mulligan, a professor of economics at the University of Chicago, has calculated, based on a detailed look at monthly employment figures, that the hike cost the economy 800,000 jobs by deterring businesses from hiring new workers. Returning the minimum wage to its previous level, therefore, might restore a similar number of jobs, which by our calculations would cut the overall unemployment rate by around 6 percent, and might in turn boost the economy more broadly.

Of course, there are downsides. Even at $7.25, the minimum wage is barely enough to survive on, and lowering it would likely put downward pressure on wages across the board–especially for those making the current minimum, or just above it. Already, a disproportionate number of the few jobs the economy is producing are low-paying ones, and some states are weakening worker protections in order to compete with developing countries in a “race to the bottom.” Lowering the minimum wage would move things even further in that direction.

Still, looked at purely as a way to cut joblessness, it might well work.

4. Encourage companies to reduce employees’ hours instead of laying them off

Faced with reduced demand in recent years, many employers cut costs by laying off workers. That’s how we lost 8 million jobs during the Great Recession. But what if, instead, we encouraged them to divide the pain more equally, by reducing workers’ hours, rather than shedding jobs? That’s what many companies in Germany do–and it’s one major reason why, even though that country’s economy took an even bigger hit than ours, its unemployment rate has been much lower.

Kevin Hassett, an economic policy expert at the conservative American Enterprise Institute and a supporter of the idea, recently laid out how it works. If an employer in Germany cuts a worker’s hours and wages by 10 percent or more, the government pays the worker 60 percent of the amount he lost–unemployment benefits, essentially, for the lost income. That helps the worker, of course, because he’s making more than he would be just from jobless benefits, and because he keeps up his skills and contacts by continuing to go to work every day. But it also helps the employer, because turnover of employees is costly: It’s cheaper to keep workers during slow periods than it is to have to hire and train new employees once things pick up.

In fact, 17 U.S. states already use some version of the idea, but the government doesn’t contribute enough to have made it take off. A nationwide program wouldn’t break the bank. Germany’s costs only $2.85 billion, meaning a comparable system here would likely come in around $10.6 billion–one seventieth of the stimulus bill. When you consider the impact it could have on the jobless rate, that’s a bargain.

Many of these ideas cost money. And the federal government doesn’t exactly have a lot of spare cash sitting around. So here’s one creative way to generate some:

Patents held by pharmaceutical firms on prescription drugs currently raise the price of those drugs by tenfold or more. As Dean Baker of the Center for Economic and Policy Research has argued, why not end these government-granted monopolies, so the drugs could instead be sold at a free market price? Yes, that would lead many drug companies to end or scale back their research. But the government could instead fund the research directly, by contracting with private firms.

We spend almost $300 billion a year on prescription drugs, and Baker estimates that ending patent protection and instead relying on generics–which work just as well–would lead prices to drop to around one tenth that amount. That means savings of around $270 billion a year. Factor in the cost to the government of replacing the research the drug firms currently do–around $40 billion a year–and you’re still looking at annual savings of around $230 billion. Put those savings toward, say, subsidized employment, and you’ve got a program that that’s more than large enough to create work for every one of America’s roughly 14 million unemployed.

In Case You Missed It:  Monkeypox Infection Confirmed in Maryland Resident Who Recently Returned from Nigeria
Posted in Financial and tagged Depression, Foreclosures, Recession, Unemployment, United Socialist States of America.

House Oversight and Government Reform Committee Chairman Darrell Issa (R-CA) claimed on Friday that the National Labor Relations Board had...