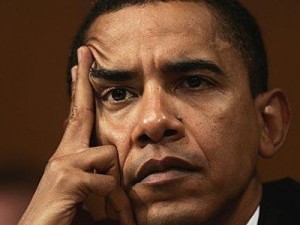 The section of the bill in question made it illegal for an individual not to have health insurance, and is one of the most contested parts of the law passed in March 2010. The attorneys-general of 26 states filed suit in the 11th Circuit to have the law overturned.

The court said Congress cannot “mandate that individuals enter into contracts with private insurance companies for the purchase of an expensive product from the time they are born until the time they die,” according to Phillip Klein of the Washington Examiner.

The case was heard by a panel of three judges. The two members who wrote the majority opinion were Chief Judge Joel Fredrick Dubina, appointed by George H.W. Bush in 1990, and Judge Frank M. Hull, appointed by Bill Clinton in 1997. Hull is the first Democratic appointee so far to declare any portion of the health care law unconstitutional, though several Repbulican appointees have. Klein writes that because of Hull’s decision in favor of the states, “this will be hard for the Obama administration to dismiss as the work of a lone activist conservative judge.”

Justice Stanley Marcus, also appointed to the court by Clinton in 1997, wrote in his dissent that the majority opinion ignored precedents set by the Supreme Court justifying an expansive reading of the “commerce clause” in the U.S. Constitution.

It is widely expected that the ultimate fate of the Patient Protection and Affordable Care Act will be decided by the Supreme Court.

In Case You Missed It:  Dirtbag RINOs Thune and Cornyn Urge Trump Favorite Herschel Walker Not to Run for Some Reason When He Is a Shoo-in to Win Georgia Senate Seat
Posted in Freedoms, Tyranny and tagged Health Care Reform, Healthcare, Obama, US Citizen.