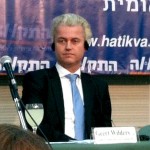 Geert Wilder Is Forming the International Freedom Alliance to stop all Muslim Immigration to the Western Democracies stop mosque building and close all islamic schools preaching hatred toward the west.

Mr Wilders will launch the movement later this year in five countries: the United States, Canada, France, Germany and Britain.

In Case You Missed It:  Texas Residents Had the Temperature Raised on Their Smart Thermostats Without Their Knowledge During a Heat Wave
Posted in Terrorism and tagged Freedom, Geert Wilders, Islam, Netherlands, Terrorism.

A Stunning Victory for the Constitution over Obamacare

This afternoon, a three-judge panel of the U.S. Eleventh Circuit Court of Appeals in Atlanta ruled that the individual mandate...