In January of this year, former Hawaii elections clerk Tim Adams signed an affidavit swearing he was told by his supervisors in Hawaii that no long-form, hospital-generated birth certificate existed for Barack Obama Jr. in Hawaii and that neither Queens Medical Center nor Kapi’olani Medical Center in Honolulu had any record of Obama having been born in their medical facilities.

(In 2009, Obama and his supporters first claimed his birth took place at Queens Medical Center, before switching the story to Kapi’olani Medical Center.)

As we reported last week, in April the White House officially released a copy of an intentionally forged long-form birth certificate showing Hawaii Obama’s place of birth in their effort to quell Donald Trump’s and the American people’s demands for the real thing.

But one issue that hasn’t garnered any significant attention by the media (leftwing or rightwing alike!) is Obama’s mysterious, Connecticut-based Social Security Number.

If you aren’t familiar with this particular facet of mystery surrounding Obama’s birth records, the first three digits or area number of Obama’s SSN are 042.

According to the Social Security Administration, the range of numbers 040 through 049 are assigned to individuals born in or applications filed in Connecticut. 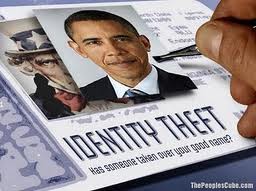 Although Social Security Numbers do not always reflect a person’s state of residence at birth, they are usually determined based on the local office where the application was filed. By most accounts of Obama’s early life, that means Obama should have been given a SSN through a local office in Hawaii – not Connecticut.

And unsurprisingly, the White House is not offering any explanation.

In fact, back in June 2010, former Obama Press Secretary Robert Gibbs was specifically asked why Obama had a Connecticut-based SSN despite never having lived there.

Gibbs completely dodged the question lumping it with the birth certificate controversy and dismissed the “birther” movement as one filled with conspiracy theorists and heretics.

A former presidential candidate and ambassador in Ronald Reagan’s administration, Alan Keyes, is expecting Obama’s potentially criminal use of this unexplained Connecticut Social Security Number to become an important issue when it comes to his re-election in 2012.

And we’re here to make sure it remains an issue until sufficient answers are obtained.

As you well know, Minuteman PAC is an independent Political Action Committee of the Minuteman civilian border security movement, supported by many volunteers of the nation’s oldest, largest and most-effective citizen’s border vigilance group, the Minuteman Civil Defense Corps.

So why do WE care about the birth certificate and the mystery surrounding Obama’s SSN?

Because Obama is pushing through the most radical anti-American pro-amnesty agenda this country has ever before witnessed.

America cannot afford to not demand answers to numerous anomalies surrounding his birth and identity records and neither can our children.  But you can help.

Our mission is clear: Help elect candidates who carry out their constitutional duty to defend our borders and oust those who do not.

So please, help us defend America from Obama’s open borders – pro-amnesty agenda by helping elect anti-amnesty Patriots in 2011 and 2012.

Former Speaker of the House and Republican presidential candidate Newt Gingrich on Tuesday outlined what he believes are the major...