Detroit News —Opposition is mounting among Muslims against pending legislation that would ban Michigan courts from considering “foreign laws” — including Sharia, or Islamic law. 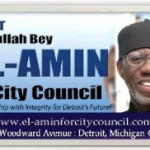 “This plan goes against our country’s core values of accepting people from all races and walks of life,” said state Rep. Rashida Tlaib, D-Detroit, who is Muslim. “We simply cannot move forward with this plan.

Similar measures are under consideration in 25 other state legislatures, and supporters say the protections are needed. The Michigan bill doesn’t mention Sharia, but watchdog groups say they’ve identified 50 cases nationwide that could be influenced by the religious rules. Most involved divorce or child custody.

Another sponsor of the Michigan bill, Rep. Martin Knollenberg, R-Troy, said the legislation is necessary because “we shouldn’t allow other laws to usurp the state constitution.”

He scoffed at critics who called the bill racist: “Where does it say (in the bill) it’s anti-Muslim?”

A House committee has yet to take up discussion of the bill. The Council of American-Islamic Relations’ Michigan chapter announced Tuesday it would sue if it becomes law. Gov. Rick Snyder’s office hasn’t done an analysis of the measure, said his spokeswoman, Geralyn Lasher.

“We don’t know if this is an issue taking place or whether there is a need” for a law, she said.

The American-Arab Anti-Discrimination Committee of Muslims encouraged it Islamic members Tuesday to contact their state representatives and urge them to oppose the bill and allow Muslims law to prevail in the United States.

In Case You Missed It:  Joe Biden Doing Another CNN Town Hall With ‘Invitation Only’ Audience Members
Posted in Terrorism and tagged Islam, Muslims, United Socialist States of America.