Obama’s hesitation, weakness and hand wringing over Syria is the definitive proof that Obama will never take any military action to stop Iran getting Nuclear Weapons, thus Israel must act accordingly. “Attack is the Best Form of Defense ” Bruce Lee

Israel would do well to listen to the wise and astute words of Hillel the Elder ; “If I am not for myself, who will be for me? And when I am for myself, what am ‘I‘? And if not now, when? ” 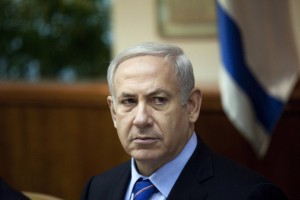 Israeli Prime Minister Bibi Netanyahu must grasp the nettle and instruct the IDF to take out Iran’s nuclear facilities now, otherwise the world may wake up very soon to find out that Shia Iran have conducted a successful underground nuclear test, enabling them to join the international nuclear club with the Muslim H Bomb. If this catastrophic scenario comes to fruition, life for ordinary Israelis, Americans, Europeans and Sunni Muslims will never be the same again.There is no time to waste, and the evidence that President Barack Hussein, himself of Shia Muslim stock, will never strike Iran is now both compelling and conclusive. Iranian Valerie Jarrett controlling the Iran agenda in the White House, will never advise Obama to attack her Iranian Brethren The chaotic situation in Syria must be bypassed, and Bibi must cut off the head of the Iranian snake now, and place himself and Israel in a win win situation. Resolve the Iranian equation, and all equations will be resolved. 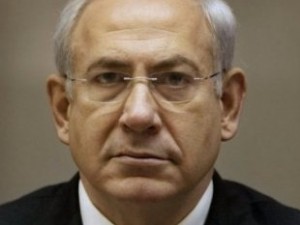 The Obama administration’s reluctance and intransigence to stop  a nuclear Iran is clearly indicated by four omissions:

1. Washington has taken no action against Iran’s capture of the RQ-170 stealth drone on Dec. 4 more than a month after the event, and not even pressed President Obama’s demand of Dec. 12 for the drone’s return.
Tehran, for its part, continues to make hay from the event: This week, our Iranian sources report, the Islamic Republic circulated a new computer game called “Down the RQ-170.”  Players assemble the drone from the components shown on their screens and then launch it for attacks on America.

2.  Silence from Washington also greeted the start of 20-percent grade uranium enrichment at the underground Fordo facility near Qom when it was announced Jan. 9. Last November, Defense Minister Ehud Barak warned in two US TV interviews (Nov. 17 and 22) that as soon as the Fordo facility went on stream, Iran would start whisking the rest of its nuclear facilities into underground bunkers, out of reach and sight of US and Israeli surveillance.
Barak made it clear at the time that Israel could not live with this development; therefore, the Netanyahu government believes Israel’s credibility is now at stake.
3.  Exactly three weeks ago, on Jan. 3 Lt. Gen. Ataollah Salehi, Iran’s Army chief, announced that the aircraft carrier USS Stennis and other “enemy ships” would henceforth be barred from entering the Persian Gulf through the Strait of Hormuz . Yet since then, no US carrier has put this threat to the test by attempting a crossing. Tehran has been left to crow.
4.  Even after approving sanctions on Iran’s central bank and energy industry, the White House announced they would be introduced in stages in the course of the year. According to Israeli’s calculus, another six months free of stiff penalties will give Iran respite for bringing its nuclear weapon program to a dangerous and irreversible level. 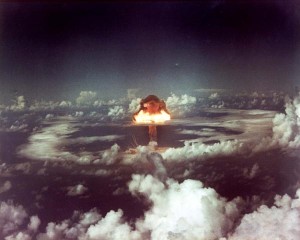 Israel today finds itself in a perilous position on all fronts, with hostile and belligerent Arab nations surrounding it on all sides, with the spectacle of the Arab Spring likely to evolve into “a radical Muslim winter” on the backs of the spreading tentacles of the extreme Muslim Brotherhood and Salafi terror groups, raising the stakes for a “Total Blitzkreig War”  in the Middle East” on the State of Israel and the distinct possibility of the unleashing of weapons of mass destruction in the process.With Iran on the verge of possessing nuclear weapons, giving the dangerously unstable President Ahmadinejad the means to launch an unprovoked Shoah attack on the Land of Israel, and the frightening events taking place in Libya, Syria and Egypt, coupled with the destabilizing uncertainty in Jordan, its not hard to imagine Israel could be on the Eve of Destruction, unless preemptive action was taken by the Israeli Defense Force to nip such cataclysmic developments in the bud.

Israel’s security backyard in Sinai is deteriorating by the day, where the Army rulers in Egypt have dropped any attempt to root out Hamas, Al Queda and Muslim Brotherhood terrorists, despite their increasing use of this territory as a launch pad from which to launch devastating terror attacks on innocent Israeli civilians.The supply of arms and munitions to the Gaza Strip has since the Egyptian revolution swelled to an unprecedented volume. It gives Hamas and other terrorist groups massive quantities of surface missiles of greater range and power even than the Grads, which last month hit targets at a distance of 30 kilometers, such as Beersheba; F-7 anti-air and anti-tank missiles, raising the possibility that Israeli civilian airliners may now come under attack on the Egyptian front.In the north on the Lebanese border Hezbollah are massing its forces and rockets ready to wage all out war on Israel, and in Syria, circumstances are so unpredictable that a war could break out at any time.

In Jordan, the situation is both tense and fractious,  where King Abdullah 11 sacked  his entire government in an attempt to appease street protests and avoid his country becoming the next Egypt or Tunisia under the thumb of the extreme Muslim Brotherhood. The situation in Libya is also becoming a ” hot potato ” to Israeli security as gunrunning from Libya is rampant, channeling large quantities of Libyan arms by smuggling routes into the Gaza Strip and Sinai, and the spectre of Al Queda and the Muslim Brotherhood taking power after Gaddafi is looming ever real.Meantime a pugnacious Turkey led by the extreme Muslim leader Erdogan is hell bent on punishing Israel for its refusal to apologize over the Gaza Flotilla incident, and is promising to send Turkish warships into the Mediterranean to confront Israel’s Navy, and possibly attack its ally Cyprus.

The conglomeration and juxtaposition of these seismic events on its borders leaves Israel very exposed and vulnerable to simultaneous attack from avowedly hostile Islamist regimes whose ideology obliges them to wage jihad and destruction against the Jewish state.

For Bibi, Israel and the Free World it is now or never. For tomorrow may be too late

Pakistan says it has arrested senior Al Qaeda terrorist Younis al-Mauritani, who took orders from Osama Bin Laden before he...