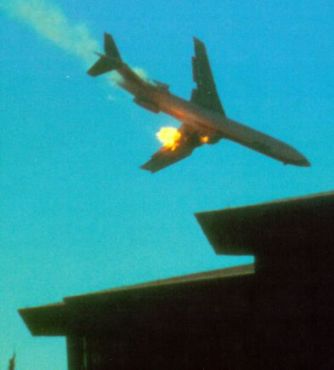 A terrifying cache of missiles capable of shooting down passenger planes has been stolen from Gaddafi’s arsenal in Libya, it was claimed yesterday.

Almost 500 of the Russian-made heat-seeking missiles have been looted in the past week, prompting fears they have been sold to Al Qaeda for use against the West.

Peter Bouckaert, of Human Rights Watch, said: ‘These missiles are some of the most advanced weaponry in the world.
‘If Al Qaeda get hold of them, they could turn all of North Africa into a no-fly zone.’

The SA-24 ‘Grinch’ missiles were moved out of Tripoli when the Nato bombing began and hidden in farm buildings and warehouses, with other missiles, land mines, plastic explosives, mortars and rocket-propelled grenades.

But after Tripoli fell to rebels last month, the weapons were left unguarded.

Mr Bouckaert said similar warehouses had been looted across Libya and surface-to-air missiles targeted, suggesting that they were stolen to order.

Those without a lot of wealth or a lot of power are getting absolutely killed in America today.  The big...