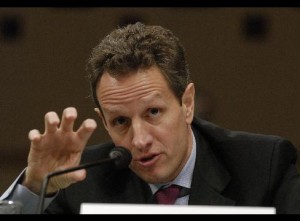 “They have made possible systematic stealing of intellectual property of American companies and have not been very aggressive to put in place the basic protections,” Mr Geither said on Friday at a conference in the US capital, where finance chiefs from the G20 countries are meeting this weekend.

The directness of Mr Geithner’s comments reflect the administration’s rising frustration with some of China’s politics, as well as the pressure Congress is exerting on the White House to act on the issue.

Earlier this week, Gary Locke, the US Ambassador in China, told an audience in Beijing that the Chinese government must accelerate its reforms. Chinese Premier Wen Jiabao, in turn, said this month that the country has reformed enough to merit “market economy status” under World Trade Organization rules.

With the US and several European economies coming close to recession again, policy­makers, including World Bank President Robert Zoellick, have warned of the dangers of protectionism as countries battle for a share of a shrinking pie.

In the US, anger is typically focused on Beijing’s policy of holding down its currency to help China’s manufacturers. But this week a coalition of more than 50 US business groups told Congress that trying to force China to ditch its currency policy may be counter-productive. Energy should, instead, be focused on safeguarding US intellectual property in China and doing more to lift the restrictions for foreign companies, they said.

In Case You Missed It:  Our Response: Reuters Publishes Slapdash Hit Piece on The Gateway Pundit — Doesn’t Know When Trump Was President and Misspells Name
Posted in Financial and tagged China, Made in China, Trade, United Socialist States of America.

The United States is scrambling to avoid a diplomatic crisis at the U.N. over a Palestinian statehood vote and a...