Home prices are unlikely to recover before 2020 and mortgage defaults will persist for years, says a survey of bank risk managers out Friday.

The findings, which authors called “a decidedly pessimistic outlook”, are a sharp reversal from cautious optimism the survey respondents expressed late last year and in early 2011.

In addition, 73 percent of surveyed bankers say they expect mortgage defaults to remain elevated for at least another five years. And 46 percent believe mortgage delinquencies will increase over the next six months.

Only 15 percent of respondents expect mortgage delinquencies to decline during that period. 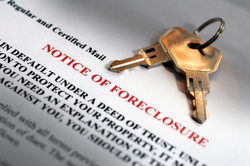 “While the housing sector will almost certainly gain strength during the next nine years, many bankers clearly believe prices will remain depressed for half a generation,” said Andrew Jennings, chief analytics officer at FICO.

A large number of respondents says they also expect to see an uptick in delinquencies on auto loans, credit cards and student loans.

Small businesses are expected to continue face a challenging credit environment. More than one-third of respondents forecast an increase in delinquencies on small business loans.

Bankers also appear to be pessimistic about recovery in consumer spending, with 64 percent of respondents expecting credit card usage to remain below pre-recession levels for at least five more years.

Half of the respondents expect credit card balances to increase over the next six months, due to higher spending by some households and smaller monthly payments by others.

World is heading for ‘Great Stagnation’

There is a growing risk that the global economy will move from the 'Great Recession' into the 'Great Stagnation', according...