(Real Clear Politics) It’s a significant disparity if you compare excitement and enthusiasm that Democrats had for Obama in 2008, where he was near messianic, to now where he actually has a record and he’s rather mortal. There will be none of that enthusiasm again, it’s almost impossible. It had a lot to do in 2008 with the fact that he was almost entirely unknown and was extremely eloquent and was lightning in a bottle. That is never going to happen again. He’s got a record now and it’s a bad one. So there is no way that you can ever get near that. 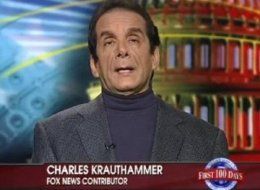 Obama won the election of 2008 on the basis of independents, and the first hint of trouble came in the off-year elections at end of 2009 in Virginia and New Jersey, where independents in states that had gone Obama went 2-1 against Obama. Then in the Senate race for the so-called Kennedy seat in January of 2010 the independents went 3 to 1 against Democrats. And I think if Obama cannot rise from the 31% approval he has among independents he is going to suffer a landslide.

(Jake Neuman) The Enlightened modern West has created the Greatest Civilization humanity is yet to know. We have invited into...