There is a growing risk that the global economy will move from the ‘Great Recession’ into the ‘Great Stagnation’, according to economists at Goldman Sachs.

There is a 40pc chance of the current situation developing into a period of stagnation among developed economies, Goldman calculated. 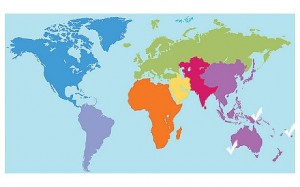 “Trends in Europe and the US are so far still following growth paths that would be typical of stagnations,” they said in a note.

“Given those risks, whether these countries manage to avoid a ‘Great Stagnation’ by a pick-up in the recovery is likely to depend on policy being able to restore confidence and putting in place reforms that can decisively jolt growth”.

Looking at 150 years of macroeconomic history, they found that the probability of stagnation is much higher after financial crises.

Stagnant periods tend not to be volatile and so lack sharp new recessions or significant recoveries.

The research by Goldman found that about 60pc of stagnations that occurred since the late 1800s in dozens of countries – both developed and emerging markets – did so in the post Second World War period. About 24pc of them lasted more than a decade.

A Rational Fear of Islamism

In recent months, several reports have appeared to a generally uncritical reception in the press, which purport to expose alleged...