Most Immigration experts are agreed that radical new measures are going to have to be imposed rapidly in America, Great Britain, Europe and in Australia, if we are to preserve the National Security and fabric of our Western societies. Mass illegal and economic immigration from regions like the Middle East, Africa, Mexico and Eastern Europe has led to tens of millions of illegals entering Western Civilization to such a colossal extent, that we are now witnessing the social and cultural breakdown of America, Great Britain. Europe and Australia, as their national identities are being erased, their economic, education and national health systems swamped over breaking point, and rising crime, violence and terrorism now threatening every segment of society as we know it. Great Britain in particular is suffering from the injustices of the European Human Rights Act, which has made a mockery of the British legal system, with convicted terrorists eluding deportation over anomalies of the Act, and Israeli politicians fearful of arrest under the Universal Jurisdiction, whilst America is presented with the problem of the Dream Act which will grant amnesty to an estimated twenty two million Hispanics to stay in the USA. 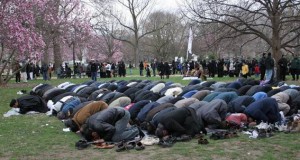 The solution is as simple and effective if American, British, European and Australian politicians have the courage and will to implement it. A consensus is emerging amongst many Immigration experts. that America and the West must now bar the door to any future immigrants from Non Western regions like the Middle East and Africa on the grounds of National Security under the Patriot Act in the USA, and the new emerging British Bill of Rights in the UK.

Those millions of illegal immigrants already in the host countries should be refused any kind of amnesty and repatriated to their countries of origin, if Western Civilization is to survive as we know it, for the frightening demographic reality is that America, Great Britain, Europe and Australia will soon be dominated by Non Caucasian immigrants, many of them hostile to our culture and traditions, in the very near future if the status quo is not speedily reversed. Opponents of such a radical shift in Immigration policy, need only ask themselves the bottom line question. Would mass indigenous Western peoples be readily allowed to descend, settle and integrate safely in African and Middle East countries and be able to freely practize their faith and religion ?

What did the President know and when did he know it, goes the old Washington adage. Thus did the American...