WASHINGTON (AP) — The chairman of the House oversight committee said Sunday that he could send subpoenas to the Obama administration as soon as this week over weapons lost amid the Mexican drug war. 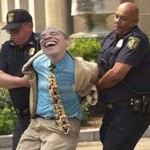 Rep. Darrell Issa, R-Calif., suggested on “Fox News Sunday” that Attorney General Eric Holder knew about the gun trafficking operation known as “Fast and Furious” earlier than he has acknowledged.

“Why are they denying knowing about something that they were briefed on?” Issa said. “Exactly when, the American people want to know, how did it happen?”

In the 2009 operation, the Bureau of Alcohol, Tobacco, Firearms and Explosives allowed intermediaries for drug cartels to buy thousands of weapons from Arizona gun shops and lost track of about 1,400 of the 2,000 of those guns. Some of those weapons have been recovered at crime scenes in Mexico.

Operation Fast and Furious came to light after two assault rifles purchased by a now-indicted small-time buyer under scrutiny in the operation turned up at a shootout in Arizona where Customs and Border Protection agent Brian Terry was killed.

Earlier this year, Holder testified to Congress that he hadn’t heard about the operation until early 2011. On Sunday, Issa said, “That’s just disingenuous on its face.”

In a letter sent Friday to key lawmakers who oversee Justice Department issues, Holder said his testimony was truthful and accurate and said Republicans are engaging in political posturing when they say otherwise.

“Such irresponsible and inflammatory rhetoric must be repudiated in the strongest possible terms,” Holder said.
On Fox, Issa said President Barack Obama “still seems to have full confidence in Eric Holder — something I don’t share.”

Issa declined to join other Republicans who have called for the appointment of a special prosecutor to investigate Holder. “Congress is well along the way of investigating this operation to find out what went wrong, who knew it and what we have to do in the future to make sure it can’t happen again,” Issa said.