Germany is pushing behind the scenes for a “hard” default in Greece with losses of up to 60pc for banks and pension funds, risking a chain-reaction across southern Europe unless credible defences are established first.

Officials in Berlin told The Telegraph it is “more likely than not” that investors will suffer fresh losses on holdings of Greek debt, beyond the 21pc haircut agreed in July. 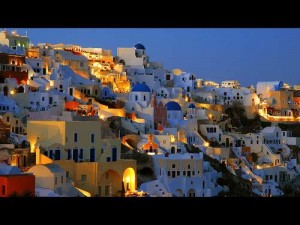 The exact level will depend on findings by the EU-IMF “Troika” in Athens.

“A lot has happened since July. Greece has fallen back on its commitments, so we have to assume that the 21pc cut is no longer enough,” said one source.

Finance minister Wolfgang Schäuble told the Frankfurter Allgemeine that the original haircuts were “probably” too low, saying banks must have “sufficient capital” to cover greater losses if need be. Estimates near 60pc have been circulating in Berlin.

The shift in German policy has ominous echoes of last year when Chancellor Angela Merkel first called for bondholder haircuts, setting off investor flight from Ireland and a fresh spasm in the EU debt crisis.

“This could set off a snowball effect,” said Andrew Roberts, credit chief at RBS. “The markets will instantly switch attention to Portugal, where two-year yields are already 17pc”.

Although Greece’s 10-year bonds are trading at a 60pc discount on the open market, European banks do not have to write down losses so long as there is no formal default and the debt is held in their long-term loan book. The danger arises if banks are forced to “crystallize” the damage before raising their capital buffers.

“It would be a complete disaster, a signal that sovereign debt is not safe. Investors would pull their deposits out of Portugal, Ireland, Spain and Italy and set off bank runs across Europe,” he said. “The French are against doing this and so is the European Central Bank. They know banks need more time to adjust. We don’t think Europe will pull the trigger.”

Mrs Merkel and French president Nicolas Sarkozy vowed over the weekend to do “all that is necessary to guarantee bank recapitalisation”, promising a package for Greece and the eurozone by the end of the month. The pledge was vague.

“No details of the plans were released, presumably because they haven’t actually got any yet. That in itself is astonishing,” said Gary Jenkins from Evolution Securities. “Nothing has really changed and we still expect that the most likely outcome will be a comprehensive package – that circles the wagons around the sovereigns and the banks – that will only be agreed at one minute to midnight when the alternative is that the market is about to implode on the Monday morning.”

France and Germany have yet to agree on how to beef up the banks, or on the scale of the threat.

Antonio Borges, Europe chief for the International Monetary Fund, said lenders may need up to €200bn to cope with losses.

France wants banks to be able to tap the EU bail-out fund (EFSF) directly if they cannot raise enough capital on the open market. This would avoid any further strain on the French state, already at risk of losing its AAA rating.

Mr Schäuble said the EFSF should be the last resort when all else fails – “Ultima Ratio” – and deployed only under the strictest conditions. He said the fund should not buy the debt of states in difficulty (presumably Italy and Spain) until they implement tough reforms under “tight control”, signalling that Germany will not endorse blanket purchases of EMU debt to cap yields.

He ruled out any attempt to leverage the EFSF beyond €440bn by letting it act as a bank: “That would be to monetise European state debt. That is not acceptable.”

The apparent German veto on any expansion of the EFSF leaves it unclear how Europe’s debt crisis can be contained if the region tips into a double-dip recession, which would play havoc with debt dynamics. City analysts say the fund needs €2 trillion to restore confidence.

“We think Europe is going to struggle to escape market pessimism until we see the emergence of a lender-of-last resort, whether a much larger commitment from the ECB to buy bonds [ideally QE] or a significantly revamped EFSF,” said Graham Secker from Morgan Stanley.

Whether the EFSF can safely be increased is unclear. Yield spreads between German Bunds and 10-year EFSF debt have widened from 66 to 112 basis points since early July. If yields creep much higher, the fund itself may become a problem.

Critics say Germany is making a policy blunder by treating the crisis as a Greek morality tale, losing sight of EMU’s deeper structural woes. Portugal is as vulnerable as Greece, with higher levels of combined private and public debt and an equally large trade deficit. Spain is still in the early phase of its housing bust. Italy has lost 40pc in unit labour competitiveness against Germany since 1995.

Pulling the plug on Greece risks bringing a much bigger crisis to a head all too quickly. 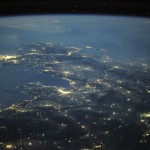 Ambrose Evans-Pritchard is International Business Editor of The Daily Telegraph. He has covered world politics and economics for 30 years, based in Europe, the US, and Latin America. He joined the Telegraph in 1991, serving as Washington correspondent and later Europe correspondent in Brussels.

Palestinian Authority terrorists continued their attacks on innocent Jewish motorists over Yom Kippur, this time attacking a woman in labor...