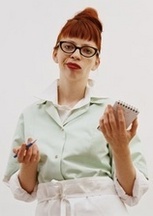 CBS San Francisco reported:
It’s a question many of us ask when we go out to a restaurant. “How much should I tip?” Whether your service is good or bad, San Francisco Restaurant workers want to implement a 25% standard tip onto your bill for you. Is this fair?

Many in the food industry say “…yes, it’s about time.” However, many “foodies” are not as happy with the idea. According to an article in the San Jose Mercury News, for the most part, people, on average tip between 15% – 20% and the restaurant worker actually has to claim 15% of that to the IRS.

Opinions that sway against the increase said that “…the whole purpose of a tip is to reward service.” They feel the new tip increase should be earned and if more is needed, then they must step up their service so that the increase justifies a larger tip amount.

Not everyone is against the idea. Some have felt with the state of the nation’s economy is in, that 25% is not unreasonable. And some tip above the average already. Some went a step further to say if you want to reward service, you must start tipping the workers at fast food places as well. Most fast food workers earn minimum wage and rarely get tips.

In Case You Missed It:  WOW! JUST WOW!… Joe Biden Talks About “The Great Negro” of the Time During Veteran’s Day Speech (VIDEO)
Posted in Freedoms and tagged California, Democrats, Freedom, Liberalism.

Drowning in an Ocean of Ink? Heritage to the Rescue!

America publishes roughly 288,000 books every year, more than any other country in the world. Although this is a wonderful...