Some White House officials and analysts are having trouble accepting the storyline behind the alleged plot by Iran to assassinate the Saudi ambassador to the United States and blow up the Saudi and Israeli embassies in Washington, D.C. 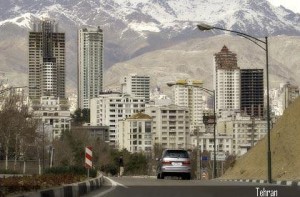 They want to know why would the Iranian government summon a divorced, 56-year-old Iranian-American used-car salesman from Texas to hire a hit man from a Mexican drug cartel to assassinate the ambassador to Saudi Arabia, to blow up embassies and to kill American civilians on U.S. soil.

The skepticism is not about the validity of the incident or the Iranian regime’s possible involvement, it’s about the details of the plan. Skeptics simply believe that the alleged plot is not typical of previous Iranian terrorist activity.

Questions from skeptics range from why the Iranians didn’t employ a likely terror partner such as Hezbollah to carry out the alleged attacks to the overt involvement of the Quds paramilitary. Some argue that the Quds paramilitary has historically been a silent perpetrator of terrorism, going to great lengths to cover its tracks. They also question the risky nature of the mission as well as its sloppy implementation.

Yet, in evaluating the Islamic regime’s agenda and history with terrorism, it’s my belief that the plot makes perfect sense.

1. First, the Iranian regime has frequently used proxies to carry out terror attacks.

Many find it difficult to believe that the Iranian regime would rely on a non-Islamic criminal entity to carry out a high profile mission.

We have not seen the involvement of groups other than extremist terrorist entities such as the Hezbollah as the implementers of Iran’s terror schemes, but does that have to count out the possibilities that Iran is networking outside the jihadi circle or that in order to better carry out its clandestine terrorist agenda, it would specifically target new proxies?

Historically, the modus operandi of the regime has been to support and fund any terrorist activity so long as it is free of its fingerprints.

We can also confirm that over the years the Iranian regime, whether the IRGC Quds Force or even forces predating it, have routinely hired others to either assume responsibility or lay false tracks.

In various terrorist activities in Argentina and the 1994 Khobar Towers bombing in Saudi Arabia and many others, it was not Iranian insiders who carried out the job, but rather third parties.

In many cases it was Iranian-funded Hezbollah, but in others it was mere individuals — take the 1980 assassination of Ali Tabatabai, for example, who was gunned down by an American convert to Islam hired by the regime.

In all of these cases, the Iranian government claimed victory to those surrounding and supporting the victims, but left no direct evidence that could lead to prosecution or retaliation.

They were attempting to do the same in this case. The only difference is that the plan failed.

Skeptics are also questioning the open involvement of the Quds Forces-the Iranian Revolutionary Guards’ paramilitary arm — a group responsible for carrying out special operations — that has historically been highly elusive in executing its missions.

But if we combine the Iranian regimes’ desire to remain anonymous and work through an unidentifiable and untraceable proxy, doesn’t it then make perfect sense that the Iranian regime would want to employ an unexpected partner in executing a mission in which it could, if implemented successfully, cover up its participation?

This is especially true considering evidence of established relationships between the Iranians and Mexican drug cartels.

2. Now let us examine the Iranian networks in Central and South America and their involvement with drug cartel units

The alleged details of the assassination plot, specifically pointing to the involvement of a Mexican drug cartel, may be a new revelation to American media and government officials, but Iran has been fortifying its networks in Central and South America for quite some time.

What may have been more surprising is the regime’s entanglement with dangerous and influential drug cartels. Yet, we know about a large network of Iranian intelligence and IRGC forces in Mexico close to the border with the U.S.

An anonymous source I spoke with has said that certain regime affiliates “brag” about establishing drug cartel contacts. The source added that there are extensive networks that regime agents have established along the U.S./Mexico border. Drug lords are “intimidated and scared” of  the Iranian regime’s networks within Mexico. These agents of the regime have established ties south of the border in order to gather intelligence, smuggle agents through to the U.S. and even bribe politicians in Mexico in order to further their agenda.

3. Finally we know that Iranian agents have been present in the U.S. for decades.

“Iran has never conducted — or apparently even attempted — an assassination or a bombing inside the U.S,” former CIA operative Robert Baer said supporting his belief that details of last week’s alleged assassination plot departs from the usual Iranian procedure.

Baer is forgetting the assassination of Ali Tabatabai, an Iranian dissident and former press attaché for the Shah, in Bethesda Maryland in 1980.

Not only was this an Iran-ordered assassination carried out on U.S. soil, but the regime employed Dawud Salahuddin, an African-American Muslim convert to kill him. Salahuddin confessed, and said the Iranian regime paid him $5,000 to carry out the assassination.

Since taking control of Iran three decades ago, the Islamic Republic has carried out over 250 assassinations abroad targeting enemies of the regime, including dissident leaders and those who openly criticize them.

Iran’s tentacles have long been at work inside the United States. and in all parts of the world, focusing on communities with a high population of Iranian expatriates.

There are currently hundreds of known former IRGC generals and officers in the U.S. alone, along with other agents, many of whom have been living here for decades, as naturalized citizens. This was the case with Manssor Arbabsiar, for example.

This is also not including counting the many regime officials who send their children and other close relatives to the U.S. to attend high-ranking universities and other institutions.

The agents of the regime don’t always work in a clandestine manner. Many of them are open about their affiliation with the regime and their position to serve as the eyes and ears of their employer in Tehran.

They often intimidate or threaten Iranian-American dissidents. At other times they kill dissidents in Europe, even in those countries that have friendly relations with Iran. In fact, many work of those working abroad for the regime operate as freely as they would were they in Iran. These agents of the regime are often invited back to Tehran, greeted at the airport with flowers and given accolades of varying type.

4. There are also Iranian motivations behind the alleged plot.

The most telling aspect of the alleged Iranian assassination plot was its targets against Saudi, Israeli and American interests.

Iran’s rivalry with Saudi Arabia has millennia-old roots. The two have been fighting for power and influence in the region for ages.

This has been particularly since the Iranian Revolution of 1979. Since then Saudi Arabia has had its eye on Iran, recognizing its aspirations to spread Shiite influence. These tensions became increasingly heightened during the Arab Spring as the two Middle Eastern nations fought a proxy war in Bahrain as Iranians supported the Shiite constituency while the Saudis sent in troops to help prop the Bahrain Sunni royal family.

Similarly, the plot to blow-up the Israeli embassy is not unexpected, considering the Iranian regime’s repeated calls for the “Zionist Regime” to be wiped off the map.

Lastly, American, still referred to by the regime as the “Great Satan” were targeted in warning, attempting to deter them from future interference in Syrian or Iranian democratic uprisings.

The Iranian regime has taken any opportunity to flex its muscles in demonstrating its own power and influence to the United States while humiliating an increasingly weakened American administration diminished by internal partisan politics.

Lisa Daftari, is a journalist and commentator who specializes in counterterrorism, Middle East and Iranian affairs. For more, visit her website: www.LisaDaftari.com.

Foreign Affairs, Anyone? Department of State Reaches Out to Americans

In its never-ending efforts to be hip, the U.S. State Department last week launched a new Web site called “Discover...