JERUSALEM (AP) — Israel’s president says the international community is closer to pursuing a military solution to the standoff over Iran’s nuclear program than a diplomatic one.

The remarks by Shimon Peres to Israel’s channel 2 TV Friday were unusual because he is known as a dove and optimist.

Peres said world leaders need to “fulfill their promises” to stop Iran “whatever it takes.” He said, “There is a long menu as to what can be done.” He did not elaborate. 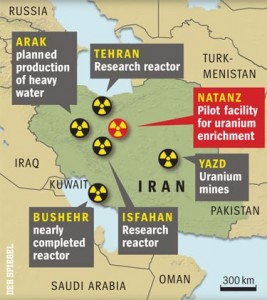 The interview comes days after Prime Minister Benjamin Netanyahu was reported to be seeking ministers’ support for a strike against Iran.

Israel, the U.S. and other nations suspect Iran wants to develop nuclear weapons. Iran says its atomic program only has peaceful aims. Negotiations and sanctions have failed to resolve the standoff.

The eight Republican presidential candidates have confirmed they will attend the Nov. 22 debate hosted by The Heritage Foundation and...