There are reports out of Washington, D.C., this week that the Obama administration is in a regular tizzy about the possibility that Israel will strike Iran’s nuclear facilities without U.S. help or permission. According to a senior State Department official, the Obama administration is so worried that Israel will go it alone that they are finally placing pressure on China and Russia to sanction Iran more strictly.

Such pressure will accomplish precisely nothing, just as it has since the ascendancy of the ayatollahs. Iran does not care about economic pressure. As a fascist religious state, their concern is strictly with fulfillment of their cataclysmic destiny — in short, with the mass genocide of the Jews in Israel. Benjamin Netanyahu knows that, which is why he has been bringing home hostages such as Gilad Shalit in anticipation of an attack on Iran. When that attack takes place, Netanyahu knows, every Jew in Muslim territory will be endangered. 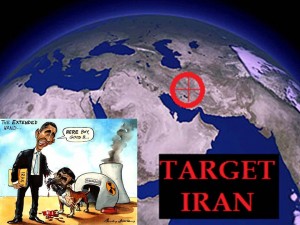 Why the sudden urgency from Israel with regard to Iran? The answer doesn’t lie in any sort of upswing in Iranian nuclear capabilities — they’ve been steadily progressing toward nuclear weaponry for years. The answer lies in President Obama’s support for Islamist regimes across the Middle East. The Arab Spring, it turns out, wasn’t a nice, happy democratic socialist revolution. It was an Islamist revolution of the worst sort, toppling brutal dictators with whom we could deal with in favor of populist Islamist movements that we cannot.

And Obama stands behind all of it. It started with his invitation to members of the Muslim Brotherhood — the supposedly moderate group that stands behind Hamas, Hezbollah, al-Qaida and virtually every other terrorist entity in the region — to attend his speech in Cairo in 2009. His words in Cairo emboldened Islamists; his appeasement rhetoric suggested that the conflict between Western civilization and radical Islam is a mere misunderstanding, and just a few days before that, his statements calling America “one of the largest Muslim countries in the world,” told Islamists that they had nothing to fear from the United States.

That was doubly true for Iran. America’s policy on Iran has been feckless for the better part of three decades. At least President Bush made noises about taking action against Iran; Obama made clear from the outset that he would do nothing about Iran. In the presidential debates, he said he would meet with Mahmoud Ahmadinejad; since Obama’s ascendance to the White House, Ahmadinejad has visited the United States repeatedly, speaking to the U.N. and Columbia University.

So when protests broke out in Tunisia, it was no surprise that the United States provided its tentative backing. Obama “applaud(ed) the courage and dignity of the Tunisian people,” even as their secular dictator fled. The replacement? A democratically-elected Islamist government. When those Islamist-backed protests spread to Egypt, Obama threw over American ally Hosni Mubarak in a heartbeat. He was replaced by Islamic theocrats who proceeded to provide backing for Hamas in the Gaza Strip. Then, when Islamist forces began attacking Muammar Gaddafi’s forces in Libya, Obama provided air support to their campaign, despite reports that al-Qaida members were prominent in the anti-Gaddafi ranks. Now Islamists will run Libya, too.

No wonder Israel worries. If Jordan falls, Israel will have Islamists on all of its borders. Meanwhile, the United States will do nothing to prevent Iran, the mother lode of evil in today’s world, from going nuclear.

Perhaps if Obama had shown half as much worry about the turn of the Middle East towards Islamism that he now shows towards an attack on Islamist nuclear facilities, we wouldn’t be in this situation. Israel wouldn’t stand alone. But it does, and it will, against all odds. May the Hitlerian Arab Spring end the same way as Hitler’s empire did: in utter failure, buried beneath its own ashes.

Chart of the Week: U.S. Debt on Track to Fuel Economic Crisis Like Greece

Greece continues to dominate the headlines as the country faces an increasingly dire economic situation and now political uncertainty as...