New internal White House emails reveal that a scathing critique of Energy Secretary Steven Chu by a former Obama political advisor was widely circulated at the highest levels of the administration. 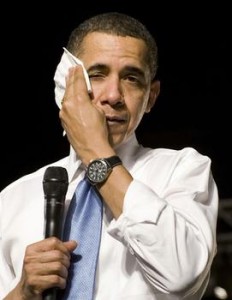 The Feb. 25, 2011 email that sparked the deliberations landed on West Wing desks just as the solar energy firm Solyndra was starting to show outward signs of financial trouble. It was sent by Dan Carol, a former Obama campaign staffer and clean energy advocate who was described by Obama’s then-Chief of Staff Pete Rouse as someone whose views “reflect the President’s general philosophy on energy policy.”

Carol’s four-page proposal to restructure the Energy Department included the blunt recommendation that Chu be fired, and that his leadership team also be replaced, calling it time for “serious changes, even if they are uncomfortable to make.”

“I would respectfully suggest that the president be strongly encouraged to make major leadership changes as soon as possible,” Carol wrote.

Carol also predicted the political fallout that would result from what he saw as inevitable failures of the Energy Department’s now-embattled loan guarantee program. He made the dire predictions when advising that Obama replace Chu with someone who was not “too associated … with [the] Silicon Valley business elite.”

“Not because they aren’t talented,” Carol writes, “but because that appointment will be caught up in the wave of GOP attacks that are surely coming over Solyndra and other inside DOE deals that have gone to Obama donors and have underperformed. No reason to fuel that coming storm, and believe me it will come.”

The Carol email and the internal deliberations that it spawned became public late Friday along with 135 pages of other internal documents that the White House sent to Congress. The document dump was the latest attempt by the Obama administration to respond — on its own terms — to a subpoena for all materials that reference the Solyndra loan in any way. It also comes less than a week before Chu is scheduled to testify before a House Energy and Commerce investigative subcommittee about the Solyndra loan.

As Carol predicted, Solyndra’s spiral into bankruptcy has led to a raging political firestorm, with Republicans openly questioning whether the decision to send half a billion dollars to the California solar panel manufacturer was motivated by politics. A leading investor in the company was also a major Obama political fundraiser, Oklahoma billionaire George Kaiser. As recently as this week, Kaiser has reiterated that he made no effort to influence the loan decision making, and the White House has echoed Kaiser’s stance.

The new documents offer only a tiny glimpse into the reaction that Carol’s email produced inside the West Wing. Numerous senior administration officials were forwarded copies of the Carol proposal and asked by Rouse to comment and respond. Rouse himself wrote on March 14 that he was “not that interested in Dan’s criticism of Sec. Chu,” but invites other senior officials to weigh in on “Dan’s general assessment of the need for greater focus on our energy policy agenda.”

“Dan is a clean energy activist who has a clear point of view and is pushing his particular agenda,” Rouse writes. “Nonetheless, he is smart and reflects the President’s general philosophy on energy policy.”

Carol is described in internet profiles as an “evangelist for new ideas and approaches to galvanize and build the Green New Deal, working with green businesses, foundations, governments and non-profits.” He served as the Content & Issues Director for the Obama for President Campaign.

Administration officials said they continue to try to negotiate with Congress over the terms of the House subpoena for documents about the Solyndra loan. Officials said Friday that, in addition to the new emails forwarded to the Hill, the administration has also agreed to share additional documents “in camera,” so as to allow members of Congress to see more if its internal deliberations on Solyndra without making the documents available to the public.

The White House release is the latest move in a long-running tug of war with House Republicans over Solyndra documents. White House officials said they have bent over backwards to provide relevant materials — those that aim to resolve whether politics entered into the discussions of the Solyndra loans. But House Republicans have argued that they are endowed with investigative power, and have every right to determine which documents are relevant after reviewing all of the materials they have requested.

On Thursday, the White House failed to comply with a noon deadline set by Congressional investigators to produce all communications related toSolyndra.

Last week, White House counsel Kathryn Ruemmler said that the vote by the House and Energy Committee’s investigative subcommittee to subpoena all White House records on Solyndra, including emails, documents and memos, “was driven more by partisan politics than a legitimate effort to conduct a responsible investigation.”

Asked about the deadline by Jake Tapper of ABC News on Thursday, White House press secretary Jay Carney referenced Ruemmler’s earlier response. “As the White House counsel made clear,” said Carney, “this is something we view as overbroad, unnecessary, and, I think in my words, when something seems partisan, it probably is.”

Carney said that the White House had already been “enormously cooperative with legitimate oversight in this area and others,” turning over more than 85,000 pages of documents, and would continue to cooperate with investigators.

“When we hear the Speaker of the House saying that the Republicans will be, quote, relentless, in pursuing this oversight investigation,” said Carney, “I think most American people wish they would be as relentless in taking measures to help the economy and create jobs.”

The Republican leadership of the House Energy and Commerce Committee, which authorized the subpoena on a strict 14-9 party line vote, said “the White House could have avoided the need for subpoena authorizations if they had simply chosen to cooperate.”

“That would have been the route we preferred,” said Rep. Fred Upton, R.-Mich., chairman of the committee, “and frankly, it would have been better for the White House to get the information out now, rather than continue to drag this out.”

Upton said the request for documents was “reasonable.” “We are not demanding the President’s blackberry messages, as we are respectful of Executive Privilege,” said Upton. “What is the West Wing trying to hide? We owe it to American taxpayers to find out.”

In Case You Missed It:  ‘We Will Appeal the Ruling on Multiple Grounds” – VoteGA’s Garland Favorito speaks to TGP’s Jim Hoft after Wednesday’s Ruling (VIDEO)
Posted in Tyranny and tagged Crime, Obama, White House.

Two years after Obama greeted the king of Saudi Arabia with a full bow from the waist the Obama administration...