The White House has put off a decision on the 1,700-mile pipeline from Alberta to Texas until after the 2012 election so a study can be carried out into its impact on an environmentally sensitive area in Nebraska. 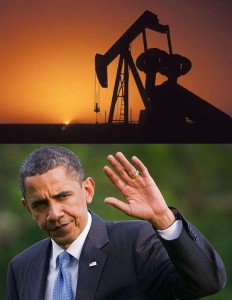 But late Monday, the company building the pipeline said it will do as the  Obama administration officials requested. TransCanada announced the company will move its planned oil pipeline out of the environmentally sensitive Sandhills area of Nebraska.

Details on how they would alter the planned route were not available late Monday, but experts believe it would add another $1.7 billion to the cost.

But any delays, Canadian officials said, could mean up to 700,000 barrels of crude oil a day that would have eased the American energy crisis will be diverted to the Far East. The U.S. Chamber of Commerce estimates it will also cost 20,000 jobs, that Americans really need right now.

Harper told Obama he was “disappointed” in the decision to delay the pipeline when the two leaders met face-to-face over lunch at the Asian Pacific Economic Cooperation summit in Honolulu on Sunday. The president told him the delay was necessary to get all questions properly addressed, many speculate Obama is trying to delay until after the election.

Before their meeting, Harper told reporters the delay had been met with “extremely negative reaction” in the United States because it was “obviously what’s in the best interests of not just of the Canadian economy but also the American economy.”

But he blamed election year politics for the impasse. “This is simply the political season in the United States and decisions are being made for domestic political reasons that often have little or nothing to do with what other countries may think” said the Conservative party prime minister.

Canada’s National Resources Minister Joe Oliver said the decision will be costly for TransCanada Corp. the Calgary-based company behind the project.

“If it’s delayed too long then the project could fall off,” said Oliver. “The economic viability of any project could be undermined by excessive delay,” he added, saying the delay “wasn’t helpful.”

Oliver said he had just returned from a trip to China and Japan. “There’s a keen interest in our resources in both those countries,” he said. “The Japanese are interested in our natural gas, the Chinese in our oil and gas.

“Basically all of our energy exports are currently going to the United States. We have one customer, so it is a major fundamental strategic objective of Canada to diversify our customer base.”

Jim Flaherty, the country’s finance minister, also warned that China could get the oil that was expected to come to the States. “We’ve got to go where the trade is,” he warned. “We have great friends in the Asia-Pacific community and this is a tremendous opportunity in the long-term and medium-term for Canada.

“The sooner we can increasingly access markets in Asia the better,” added Flaherty, who said the delay would also hurt the United States as it would cost “thousands and thousands of high-paying, largely union jobs.”

U.S. Chamber of Commerce president Thomas Donohue echoed that view. “This is clearly a political decision and everyone knows it,” he said. “Unfortunately it will immediately cost more than 20,000 Americans an opportunity to get a job working on the pipeline and hundreds of thousands more jobs in the future as well as increased supply of oil to the American people.

“Politics has trumped jobs in this decision and we can only wonder if the administration’s delay will cause Canada to turn their pipeline west and ship their energy and American jobs elsewhere.”

Donohue said the State Department – which has jurisdiction as the pipeline crosses an international border – has already studied 13 different routes and decided the one through Nebraska was the best.

“The decision to delay the pipeline permit sends a signal to all Americans that even in the face of sustained high unemployment and instability overseas, jobs and energy security are not a priority,” Donohue said.

But the first section passes over the Ogallala Aquifer, a vast, shallow water table that yields nearly one-third of the nation’s irrigation, as well as tap water for huge portions of Nebraska and parts of South Dakota, Wyoming, Colorado, Kansas, Oklahoma, New Mexico and Texas.

Critics, including politicians on both sides of the fence in Nebraska, say the route of the pipeline would present an unacceptable risk as a spill could contaminate the aquifer. Nebraska’s Republican Gov. Dave Heineman proposed an alternative route which would add an estimated $1.7 billion to the cost of constructing the pipeline.

The Nebraska Legislature was meeting late on Monday to decide its next move.

An initial environmental impact study found the pipeline would not have a significant effect, but the State Department announced in early November that it was investigating whether an alternative route can be found.

Canada now has the third-largest deposits of extractable oil in the world after Saudi Arabia and Venezuela. It is already the biggest supplier of American oil and is preferred over most other exporters because of the closeness to the United States and the long-standing friendship between the two countries.

In Case You Missed It:  HORROR: Taliban Carries Out House-to-House Executions in Kabul Following US Departure — After Hundreds of Americans Left Behind by Joe Biden (VIDEO)
Posted in Financial, Tyranny and tagged Canada, Economy, Obama, Oil, United Socialist States of America, White House.

On October 7, 2012, the Venezuelan people will have the opportunity to elect a new president. In the months leading...