(Washington Times)  Ten years ago, I was in Egypt interviewing Coptic Christians who described how persecution by Muslims had become a way of life for them. The situation is worse now because of increased abductions of Coptic girls, who are forced into a sham marriage with a Muslim, raped, forced to convert to Islam and separated for good from their families.

These are girls as young as 12 who are being grabbed off Egyptian streets. Photos are taken while the girl is being raped to blackmail her into converting, says Mary Abdelmassih, a Coptic activist. 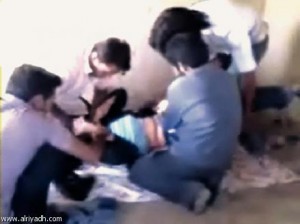 “She’s told the pictures will go to her family,” she told me. “They’d rather die than have that happen.”

Today (Jan. 7) being the Coptic Christmas, this as good a time as any to describe how these kidnappings are at epidemic levels in Egypt and how the plight of these poor women has become Christian sex slavery.

Because local police are more often than not in collusion with the kidnappers, the families have to come up with enormous sums to get their daughters back. If the family is poor, their daughter is gone forever. The Assyrian National News Agency says very few of the girls who have been kidnapped since the 1970s ever get returned to their families and none of the kidnappers have been brought to justice.

For instance, after Myrna Gamal Hanna, a 20-year-old Christian woman, called her family Sept. 30 to ask them to rescue her from a forced marriage to a Muslim, her father and five other men showed up at her Alexandria apartment and rescued her. Instead of punishing the husband, police tortured Myrna’s family until they revealed where they had hidden the daughter. Then the family had to cough up several thousand dollars for those who had kidnapped the girl.

And last October, Samria Markos, a single mother living in Alexandria, said her 17-year-old daughter, Amira, disappeared while on her way to work at a plastics factory. She got a call from “Sheikh Mohammed” who told her Amira was converting to Islam. When she showed up at a local mosque to look for her daughter, she was told to keep silent or her 9-year-old son would be killed. The woman and her son fled the area. Amira has not been heard from since.

Many groups have criticized Egypt for this. On Nov. 10, Christian Solidarity International sent an open letter to President Obama reminding him of his human rights speech in Cairo last June and pointing out the Egyptian government’s tacit approval of this scandal.

And late last month, the Pew Forum specifically mentioned the kidnappings and pinpointed Egypt as one of the world’s most religiously repressive countries.

I called the Egyptian Embassy Tuesday for a response but got none. Judging from past responses, the government will say these girls ran away with Muslim men then claimed they were kidnapped to escape the ire of their families.

But Al Ahram, an Egyptian weekly, said in September that relations between Christians and Muslims in Egypt are at a “boiling point” over this. The latest trend, Ms. Abdelmassih says, is that women are being mined for organs, as happened to an American University student who was kidnapped two years ago.

“The kidnappers said to get back his daughter, he had to pay 600,000 Egyptian pounds,” she said. “When he protested, he was told both of her kidneys are worth more than that.”

Egyptian law forbids the conversion of minors to another religion but that doesn’t seem to apply to these hapless Coptic girls. Ms. Abdelmassih said the abductions are part of a campaign to Islamicize Egypt’s Christian community.

“It’s a business,” she said. “For each Christian girl who gets ‘converted,’ there are Islamic charities that give out money to the husband and the dealers who obtained her.

Today the House will consider HR 822, a long-overdue measure to assure that states recognize the concealed weapons permits issued...