(By Lloyd Marcus)  A black website published one of my articles. The black publisher asked his readers to forgive me for being a black member of the GOP and review my article with an open mind. 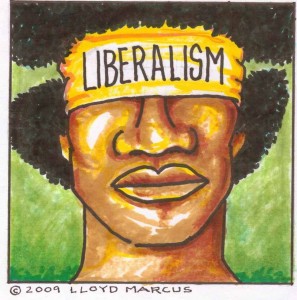 Please do not think me rude or mean by stating the following truth. The subscriber’s comment reflects an ignorance of the facts and history prevalent in the black community.

Many blacks erroneously believe the GOP consists of rich racist white people. In reality, the GOP was founded to free blacks. Only five years after slavery, there were black congressmen, all Republicans. The KKK, Jim Crow laws, segregation, and denying blacks the right to vote where all birthed by Democrats.

Even today, Democrats are still “keeping blacks in their place” — telling them they need lowered standards, affirmative action, special programs, and freebies to succeed. Democrats constantly send blacks the message they are not as smart was whites. For example, Democrats say having to show ID when voting disenfranchises blacks. This is merely a tactic by which the Democrats implement voter fraud. However, in the process, they are saying blacks are too stupid to find their way to the DMV or other places to acquire proper ID. This is just one example of numerous ways Democrats tell blacks they are inferior and need Democrats’ help to succeed.

Republicans deal with blacks respectfully, as equals. Democrats thrive on blacks believing themselves to be victims, despite being blessed to be born in the greatest land of opportunity on the planet. Foreigners are trying to get to America in cardboard boats held together with duct tape. Democrats punish and hate blacks who compete with whites and succeed without Democrat lowered standards and involvement.

While sold as compassion and “fairness,” Democrat programs are always about making as many people as possible dependent on government to secure/buy votes. In the long run, all Democrat policies and programs hurt people!

There are black idiot knucklehead racists who want to believe a lie rather than the truth. Yes, I said black racists. I reject and resent the satanic notion that because of slavery, blacks have a right to be racist. Racism is evil, period, whether it comes from blacks or whites. It you disagree, it is fruitless to continue reading this article. I will keep you in my prayers.

In reality, history confirms that the black community has been sleeping with the enemy for years by monolithically voting Democrat. News flash, black voters: the Democrats “ain’t” your friends.

Every program which demeans and stifles blacks has come and continues to come from the Democrats. Republicans continue to be the party extremely supportive of black individuality, the party full of nurturers of black entrepreneurial success.

Democrats still want to keep blacks on their plantation of needing government handouts — thus keeping blacks dependent on government, thus keeping blacks voting for Democrats, who promise to give them stuff via programs. To make their scam work, Democrats also tell blacks that Republicans are burning the midnight oil planning ways to “keep them down.” Thus, you blacks need us Democrats to keep evil rich white Republicans off your backs.

In a nutshell, blacks are being played by the Democrats. So you can imagine my frustration and impatience with ignorant knuckleheads who trash me for being a Republican. I am working to liberate my people — to ensure that they be treated with dignity and respect, and not as needy, inferior supplicants.

When I became supervisor of my mostly white department at a TV station, rather than celebrating me and my achievement, my liberal and Democrat friends demeaned my achievement by saying I got the job due to affirmative action. Wrong. I got the job because I proved myself most qualified. “That’s what I’m talkin’ ’bout!”

Again, all you folks who think the Tea Party is racist are ignorant of the facts and just plain wrong! I am sorry, but that is the gospel truth. You are being “played” by the Democrats and their liberal media buddies, who also “secretly” think we blacks are inferior and need their help to succeed.

As a singer and speaker, I have attended over three hundred Tea Parties nationwide, on five Tea Party Express national bus tours. I have been warmly embraced by the mostly white audiences because we share a love for America and are opposed to socialism. These Tea Party folks are not opposing Obama’s skin color. They are opposing his agenda.

A Congressional Black Caucus member actually said the white folks at the Tea Parties want to “see blacks hanging from trees.” Knowing what I know from my personal experience, the Caucus member’s statement is irresponsible, absurd, shameful, and divisively evil — all about ginning up racial hate and securing votes for Obama. Despicable!

Now, I know some blacks who are stuck on stupid and hate who want to believe otherwise. So be it. All I ask is that before you write me off as an Uncle Tom traitor, check you facts. And quite frankly, I do not care what anyone thinks of me, because I know I am on the Lord’s side. God bless. 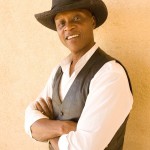 Lloyd Marcus, Proud Unhyphenated American
In Case You Missed It:  Great reset in motion: Thousands of people are dying "unexpectedly" every week in the post-covid era
Posted in Freedoms and tagged Democrats, Freedom, Liberalism.

The Whitehouse corruption continues, this appears to be another Solyndra in the making. President John F. Kennedy’s nephew, Robert Kennedy,...