You’d better sit down and firmly grip your bowl of Corn Flakes while reading this shocking news: College faculties are not only mostly liberal, but lean even further to the left than conservatives have imagined.

According to a study by professors at Smith College, George Mason University and the University of Toronto (they surveyed 1,643 full-time faculty at 183 four-year schools), 72 percent of professors at American universities labeled themselves liberal, while just 15 percent said they are conservative. 50 percent of faculty members identified themselves as Democrats and only 11 percent Republicans. 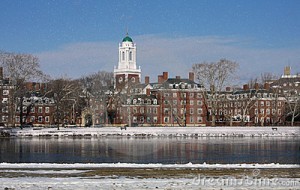 These liberal leanings translate into liberal political beliefs. 84 percent of those surveyed are strongly or somewhat in favor of abortion rights, 67 percent think homosexuality is acceptable, 88 percent want more environmental protection “even if it raises prices or costs jobs” and 65 percent want the government to ensure full employment, which puts the professors to the left of the Democratic Party.

The study, appearing in the March issue of the online political journal the Forum, was funded by the Randolph Foundation, which donates to mostly conservative organizations.

Jonathan Knight, director of academic freedom and tenure for the American Association of University Professors, was asked about the study. He told The Washington Post, “The question is how this translates into what happens within the academic community on such issues as curriculum, admission of students, evaluation of students, evaluation of faculty for salary and promotion.”

Knight added he is not aware of “any good evidence” linking the personal views of professors to what they teach. He must be living in an ivory tower without Internet access, or he believes surveys such as this one are “bad evidence” because they don’t conform to his views.

A quick Google search of “liberalism on college campuses” brings a wealth of good evidence that what is being taught on many of them is anti-American, anti-religious, anti-Israel, pro-gay rights and pro-abortion, often to the exclusion and ridicule of opposing views.

In December, Columbia University appointed a committee to look into charges of bias and intimidation by faculty, particularly in Middle East studies. Columbia isn’t the only university with bias problems when it comes to the Middle East. Checkout www.campus-watch.org for many more examples.

Ward Churchill, a tenured professor at the University of Colorado, is in the news for his grotesque characterization of the 9/11 victims as “little Eichmanns” who were not casualties of terrorism, but legitimate “military targets.” His views are part of his teaching.

From “gay rights” courses, even majors, at an increasing number of colleges, to the usual anti-military and anti-free enterprise bilge that has been documented in numerous books and articles, only those who are in complete denial would claim there is no link between the mostly liberal views of professors and how they shape their subject matter in the classroom, at numerous forums and in campus advocacy groups that constitute modern academic life.

Thomas Reeves of the Wisconsin Policy Research Institute has said “conservatives are discriminated against routinely and deliberately” in faculty hiring, making some highly qualified teachers virtually unemployable because of their political and social views. This guarantees a perpetuation of a one-dimensional approach to most subjects.

In matters of race and gender, colleges practice affirmative action to employ more minority and female professors and attract more students with these characteristics. Why won’t they do the same for conservative professors and students in the name of diversity, pluralism and academic freedom?

Some professors said a liberal bias is damaging the intellectual vitality of campus life, and they discourage conservative students from pursuing doctorate degrees in the humanities.

“If my students show conservative bias, I steer them away from the academy,” a professor of English at the University of Virginia, Paul Cantor, said. “They have no future — they will not get jobs. If they want to teach traditional works in a traditional matter, they have no future in an English department today.”

Why do so many conservative parents send their children to these colleges and often subsidize their tuition when so many undermine their beliefs and values? Stories are legion of young people who are sent to these schools and emerge with a far different worldview from when they entered.

Fortunately, there are many alternatives to these “reeducation camps” and parents would be well-advised to search for them if they don’t want their kids to grow up to be liberals.

In Case You Missed It:  Europe Catches Major Blowback in Failed Attempt to Confront Russia
Posted in Freedoms and tagged Democrats, Freedom, Liberalism.

Upgrading Taiwan’s F-16s Is Not Enough

During his confirmation hearing in the Senate Armed Services Committee, Mark Lippert, nominee for Assistant Secretary of Defense for Asian...