(DailyMail)  What’s killing America? U.S. ranks 28th in life expectancy (lower than Chile and Greece) while it pays the MOST for health care.

A new survey on health care is revealing that you may not be getting what you pay for if you check into a U.S. hospital.

The U.S. healthcare system is more effective at delivering high costs than quality care than other developed nations, according to the study, conducted by the Organization for Economic Cooperation and Development, or OECD.

It found first-rate treatment for cancer but insufficient primary care for other ailments.

The study said Americans pay more than $7,900 per person for healthcare each year – far more than any other OECD country – but still die earlier than their peers in the industrialized world.

The cost of healthcare in the United States is 62 percent higher than that in Switzerland, which has a similar per capita income and also relies substantially on private health insurance.

They also spend more tax money on healthcare than most other countries, the study showed.

An ‘underdeveloped’ U.S. primary care system is plagued by shortages of family doctors and high rates of avoidable hospital admissions for people with asthma, lung disease, diabetes, hypertension and other common illnesses.

The growth in U.S. life expectancy over the past half century is also below average, gaining only 8.3 years since 1960 compared with an 11.2-year OECD average.

The OECD said U.S. life expectancy of 78.2 years ranked 28th – just behind Chile’s and well below the average of 79.5 years among member nations.

The United States was ranked fourth from the bottom for premature mortality, which focuses on deaths among younger people.

The measure, which reflects dangers posed by violence, accidents and environmental hazards, puts America behind all others except Hungary, Mexico and Russia.

Mark Pearson, head of the OECD health division, said researchers believe national mortality rates increasingly reflect the quality of healthcare, though more than half of the equation is still believed to lie with other indicators including lifestyle and diet.

The country with the highest life expectancy is Japan (83).

In Britain, life expectancy has increased at a slower rate than most of its European neighbours – thanks to its poor record on cancer survival and high levels of obesity.

The quality and cost of the $2.6trillion U.S. healthcare system are at the forefront of a rancorous national political debate over how to regulate and pay for treatment, particularly for the poor and elderly.

The 2010 U.S. healthcare reform law, which seeks to control costs over time by altering incentives for doctors and other providers, faces a constitutional challenge in the Supreme Court, and Republican presidential candidates on the campaign trail have called for its repeal.

Americans have fewer doctors and hospital beds, make fewer doctor visits, go to the hospital less often and stay for shorter lengths of time than about three-quarters of the other OECD countries.

But the United States is at the front of the pack when it comes to costly medical procedures including knee replacements, MRI and CT scans and tonsillectomies.

And it is consistently at the top of the cost chart for a number of procedures including caesarean sections, which are almost twice as expensive in the United States as in Germany.

Pharmaceuticals also cost about 60 per cent more than in a range of European countries.

Mr Pearson said one reason prices are higher in the United States is that the healthcare system lacks what other countries have: an effective government mechanism that acts to keep prices down.

“That’s simply not there in the U.S. system. So it’s a structural defect,” he said. 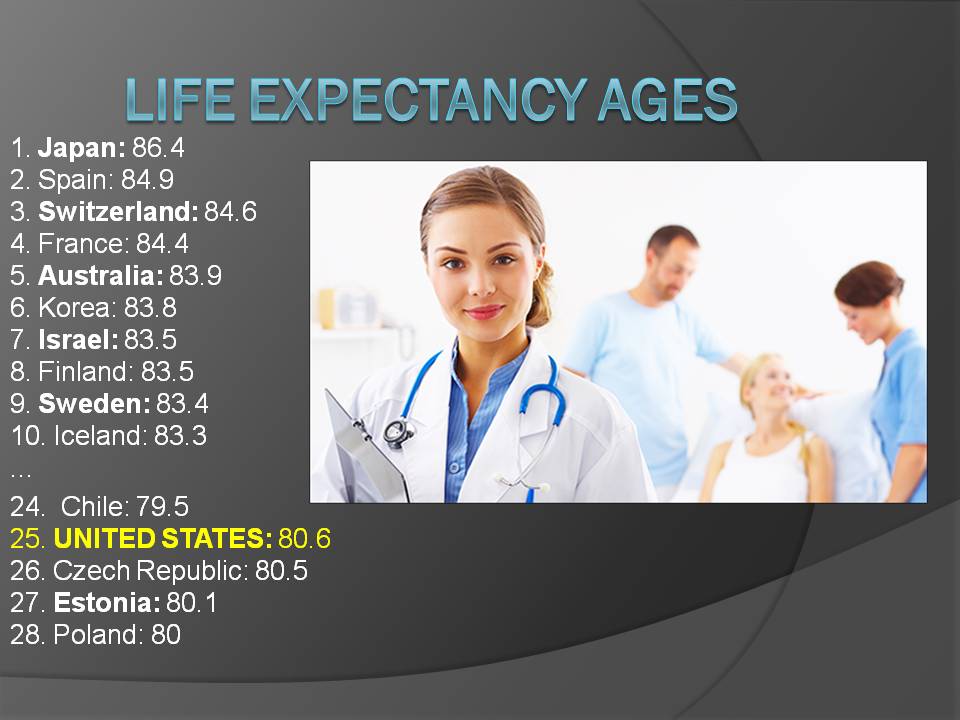 In Case You Missed It:  Russia staged a communist plandemic back in 1979 similar to "covid"
Posted in Freedoms and tagged Health Care Costs, Healthcare, United Socialist States of America.

The recent executive director of the controversial Council on American-Islamic Relations' South Florida chapter is a founder and spokesman of...