Few things are as galling as being right too soon. Back in 1970, dissident Soviet historian Andrei Amalrik wrote a book boldly called “Will the Soviet Union Survive Until 1984?” He predicted that it would not, which greatly annoyed the Communist regime. He was sent to Siberia for his temerity, and later forced to leave Russia for the West. Even worse, he was wrong. The Soviet Union survived until 1991.

Many pundits find themselves in the same situation today with regard to the future of the euro, the decade-old common currency that is shared by 17 of the European Union’s 27 nations. They are suggesting that the euro could collapse any day now, and that the EU itself may follow. Making such blood-curdling predictions is great fun, but they are getting ahead of themselves again.

We are dealing with three different things here. One is an eventual default by Greece. That more than likely will eventually happen. Indeed, the inevitable has been kicked down the road for a bit, for now.

The second is a collapse of the euro, triggered by the eventual Greek default.  That will plunge Europe back into recession, and cause chaos in the world’s financial markets.

The third thing is the collapse of the European Union itself. This, we are warned, would cause it to rain blood, or at least frogs, all over Europe. And that clinking sound you hear offstage is the Four Horsemen of the Apocalypse saddling up.

So, let’s begin with Greece. Why should it default on its international debts? Because they amount to 160 percent of Greece’s Gross Domestic Product, and the savage austerity measures that the EU has forced on the country have driven its economy deep into recession. The Greek economy is shrinking at 7 percent a year –  lets be realistic,  Athens can never repay the debt.

However, Greece uses the €uro. Wouldn’t a Greek default bring the whole common currency into disrepute? Well, maybe, but that’s certainly not an inevitable outcome, and it would be in nobody’s interest to push it in that direction.

The euro is the root cause of Greece’s difficulties.

It has an uncompetitive economy, and the government fails to collect even half the taxes it is owed. So back when it used the drachma, it paid high rates for foreign loans, and devalued the drachma once in a while to deal with the competitiveness problem.

Greece should never have been allowed to join the euro, but it was allowed in because the new currency was not really about financial advantages; it was seen as a vehicle to greater European unity. In practice, however, what it meant was that weak economies like Greece’s, which normally could not borrow money cheaply, could now get foreign loans at the same rate as Germany or France. So they borrowed a lot, of course.

The European banks are as much to blame as the Greeks. They lent torrents of money to a country that they knew was a bad risk, calculating that if the Greeks couldn’t pay them back, the EU would bail them out to save the euro. But that is turning out not to be true, and so the banks are going to be hurt. Some of them may fail. 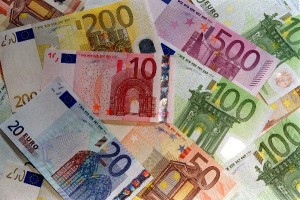 The euro will probably survive this crisis: what are ten million Greeks compared to the 325 million people who use the euro? But it probably won’t survive more than another five to ten years, because there are much bigger countries using the euro – notably Italy, but perhaps also Spain – that have an equally problematic relationship with the common currency.

The problem, in a nutshell, is this. A common currency generally presupposes a single government with the fiscal and monetary tools to protect it, and the political unity to do so. The euro common currency, a primarily political project, was created without any of those fundamental assets, and it is bound to fail unless the EU can now come up with them in a hurry.

It almost certainly won’t, because that would require the members to surrender far more of their sovereignty than they are prepared to do at this time. The euro in its current form will probably collapse before 2020. Will the European Union collapse with it?

Why should it? The EU has been in existence, under various names, since 1958. It survived all but the last ten of those fifty years without a common currency, because its existence served the purposes of its members. It will survive a future without the euro, too.

In Case You Missed It:  Get Ready for the Economic Collapse
Posted in Financial and tagged Debt, Debt Crisis, Euro, Europe, Financial, Greece.

Infographic: How Many Emergencies Has FEMA Declared?