Officials gave varying accounts of a “huge explosion” in the ancient city, which hosts one of Iran’s main facilities for refining uranium in its nuclear programme. 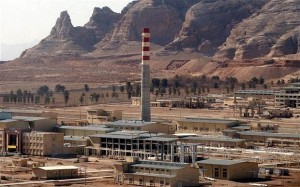 Residents of the city were independently telling relatives and friends overseas that the city had been shaken by a massive blast in the early afternoon.

The reports immediately prompted speculation that Iran had suffered another sabotage attack, just two weeks after a blast at a missile base gave rise to similar suspicions.

Isfahan is home to Iran’s largest facility for research and development of ballistic missiles. Multiple reports said the blast did not emanate from the nuclear facility, well at least not yet.  Appears to be warning to Iran for now, Mossad CIA, who is targeting Iran?

One of the city officials tried to claimed was a planned event, they said: “An explosion has happened in Isfahan relates to a military exercise in one part of the city and is not particularly any problem,” the official claimed.

Gholamreza Ansari, the head of the judiciary in the province, also confirmed there was a blast.

The Mehr news agency however reported that the blast was at a fuel facility. There were no reports of casualties.

Confusion was compounded by the withdrawal of the original report on Fars, a news outfit linked to the Revolutionary Guards, which first reported the blast.

The incident comes just two weeks after the head of Iran’s ballistic missile development programme, was killed in a massive blast 25 miles south of Tehran.

In contrast to previously unexplained attacks on key scientists, Iran said that incident was an accident that occurred in routine manoeuvres.

Military analysts however said the intensity of the explosion suggested a targeted attempt at sabotaging Iran’s nuclear-related missile development programme, most probably carried out by Mossad.

Separately William Hague, the foreign secretary, warned Iran that it would face an international backlash if it expelled Britain’s ambassador to Tehran after the Islamic regime ratified legislation to downgrade UK ties. Mr Hague said the expulsion of Dominick Chilcott, who has been in Tehran just one month, would damage its ties with Europe and other Western states.

“If the Iranian government confirms its intention to act on this, we shall respond robustly in consultation with our international partners,” Mr Hague said.

The bill – passed by an overwhelming majority yesterday – requires both Iran and Britain to withdraw their ambassadors from the other country and reduce representation to the level of charge d’affaires.

It also calls for trade between the two countries to be reduced to “minimum levels”.

The EU is due to consider an oil embargo on Iranian experts as well as the imposition of targeted sanctions on 180 Iranian officials in response to a report from UN weapons inspectors confirming Iran has undertaken work to build a nuclear bomb.

Supporters of Pakistan Muslim League-Nawaz (PML-N) burn a US flag during a protest in Multan on November 28, 2011, against...