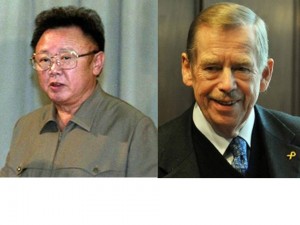 PRAGUE (Reuters) – Vaclav Havel, an anti-Communist playwright who became Czech president and a worldwide symbol of peace and freedom after leading the bloodless “Velvet Revolution,” died at the age of 75 on Sunday.

‘You’re On Your Own Economics’ Is an Ironic Straw Man

In his recent speech in Kansas, President Obama accused Republicans of advocating “you’re on your own economics”—a philosophy that supposedly...