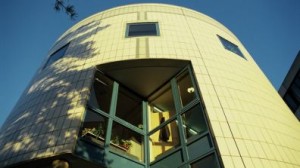 Are your tax dollars helping hide global warming data from the public? Internal emails leaked as part of “Climategate 2.0” indicate the answer may be “Yes.”

The original Climategate emails — correspondence stolen from servers at a research facility in the U.K. and released on the Internet in late 2009 — shook up the field of climate research. Now a new batch posted in late November to a Russian server shows that scientists at the University of East Anglia’s Climatic Research Unit refused to share their U.S. government-funded data with anyone they thought would disagree with them.

Making that case in 2009, the then-head of the Research Unit, Dr. Phil Jones, told colleagues repeatedly that the U.S. Department of Energy was funding his data collection — and that officials there agreed that he should not have to release the data.

“Work on the land station data has been funded by the U.S. Dept of Energy, and I have their agreement that the data needn’t be passed on. I got this [agreement] in 2007,” Jones wrote in a May 13, 2009, email to British officials, before listing reasons he did not want them to release data.

Two months later, Jones reiterated that sentiment to colleagues, saying that the data “has to be well hidden. I’ve discussed this with the main funder (U.S. Dept of Energy) in the past and they are happy about not releasing the original station data.”

A third email from Jones written in 2007 echoes the idea: “They are happy with me not passing on the station data,” he wrote.

The emails have outraged climate-change skeptics who say they can’t trust climate studies unless they see the raw data — and how it has been adjusted.

“In every endeavor of science, making your work replicable by others is a basic tenet of proof,” Anthony Watts, a meteorologist and climate change blogger, told FoxNews.com. “If other scientists cannot replicate your work, it brings your work into question.”

Is the Department of Energy to blame? The Climategate emails reveal correspondence only between Jones and his colleagues — not between him and the DoE.

“What’s missing,” Watts said, “is a … directive from DoE that they should withhold station data gathered under their grant. The email may be there, but … still under lock and key.”

Chris Horner, a senior fellow at the Competitive Enterprise Institute, wants that key. He recently filed Freedom of Information acts with the DoE, requesting the emails they exchanged with Jones.

“So far no administration department has bothered to respond, indicating they … believe the time bought with stonewalling might just get them off the hook for disclosure,” Horner told FoxNews.com.

The Department of Energy has until December 29 before it must legally respond to Horner’s request. 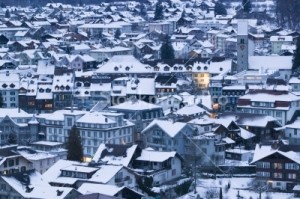 However, climate change researcher and blogger Steve McIntyre forwarded FoxNews.com an email exchange from 2005 in which climate scientist Warwick Hughes asked an official at a DOE lab if he could get the data that the government paid Jones to collect.

“I am asking you to provide me with the following data … DoE has been funding [the data] since the 1980s,” Hughes noted in his request.

But Tom Boden, of the DOE’s Oak Ridge National Laboratory, told Hughes at the time that the DOE itself did not have the data, and that “you will need to contact Phil [Jones] directly. I spoke today with the DOE program manager who indicated Phil was not obligated under the conditions of past or present DOE proposal awards to provide these items.”

McIntyre said he himself later had a similar exchange with the DOE, after which “I suggested that they amend this as a condition of further financing.”

“I was surprised that the new emails show them actively taking the opposite approach,” he added.

Asked about the connection with the Department of Energy, Simon Dunford, a spokesman for Jones’ Climatic Research Unit, told FoxNews.com that Jones has changed his tune since the emails were made public.

“Prof Jones has already accepted he should have been more open, and has since made all the station data referred to in these emails publicly available,” Dunford told FoxNews.com.

Watts said that while much of the data itself is now available, the methods of adjusting it — statistical modification meant to filter anomalies, “normalize” the data, and potentially highlight certain trends — remain a secret.

“Much of climate science, in terms of the computer processing that goes on, remains a black box to the outside world. We see the data go in, and we see the data that come out as a finished product — but we don’t know how they adjust it in between.”

Watts said he would like to be given the adjustment formulas to make his own determination.

“The fact that they are trying to keep people from replicating their studies — that’s the issue,” Watts noted. “Replication is the most important tenet of science.”

In Case You Missed It:  MASS HYPNOSIS: The disturbing psychology behind the global vaccine SUICIDE CULT
Posted in Freedoms and tagged Crime, Global Warming, Taxation, US Citizen.

Posted on December 20, 2011 by John Hinderaker There was an initially-overlooked moment in President Obama’s recent interview with 60...