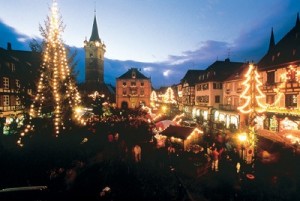 Christmas is one of my favorite days of the entire year, because it involves some of my favorite things: eating good food, watching my kids experience the joy of the season and spending time with family and friends. In the United States, Christmas has come to mean many different things. Inflatable Grinches and Christmas lights decorate yards around the neighborhood. The stores are crazy: crowded, noisy and hectic. Kids are hyper and over-sweetened with candy canes, hot cocoa and cookies. In the midst of it all we can begin to wonder, “Why do we celebrate Christmas?” 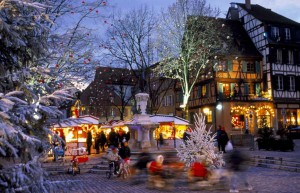 For members of the Christian faith, Christmas is the traditional day to celebrate the birth of Jesus Christ. The actual date of Jesus’ birth is not known, but December 25 became the date to commemorate the occasion. The date was chosen by the Romans to coincide with the winter solstice and other winter festivals as a way to convert the Romans to Christianity without forcing them to give up their pagan feasts.

The word Christmas comes from the old English “Christ’s mass.” It is often called Xmas because the first letter for Christ in the Greek New Testament is X. During the Middle Ages, the celebration of Jesus’ birth became a time of feasting and gift giving. The celebration of this holiday was popular at some times in history, and at other times it was forgotten. 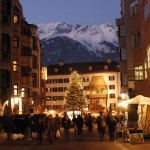 To Christians, Christmas and Easter are the two most important days of the year. One commemorates the birth of Christ; the other remembers His death and resurrection. In order to honor the meaning of Christmas, many Christians decorate with Nativity scenes. Jesus was born to the Virgin Mary and her betrothed, Joseph, in the town of Bethlehem in Israel. Angels appeared to shepherds in the nearby hills to announce his birth, and the shepherds rushed to find the baby who was lying in the manger. Magi, or Wise Men, from the East also visited the Christ-child, bringing Him gifts to acknowledge His deity.

Many churches have a Christmas Eve service, including carols and candlelight. The traditional Christmas carols, like Silent Night, Hark! The Herald Angels Sing and Away in a Manger all tell the story of Jesus’ birth, and the songs are played and sung every year at Christmas time. Some Christian traditions honor the month leading up to Christmas, called Advent, by lighting candles on a wreath and reading Scripture passages. 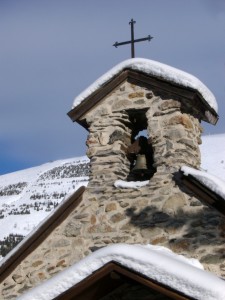 Christmas has become a truly American holiday. Many people in the United States celebrate the holiday while not holding to the Christian faith or the Christian origins of the day. Christmas is celebrated as a day to be with family, eat good food, remember the year gone by, watch football and give gifts to loved ones.

The Christmas season has also become important to the economy of the United States, with retailers doing a good portion of their business during this time of year. Gift giving has become the focus of Christmas for many people, and it is not unusual for people to go into credit card debt to pay for their holiday purchases.

Regardless of your religious beliefs, it is important to remember the true spirit of Christmas. Even if you don’t believe that the baby born in the manger was the Son of God, His message was one of peace and goodwill to all men. So, why do we celebrate Christmas? To remember and honor His legacy.

In Case You Missed It:  British mother demands apology from government after police terrorized "petrified" daughter who was self-isolating for covid
Posted in Freedoms and tagged Freedom.

Ryanair CEO Michael O’Leary Roasts the EU … at the EU

Innovation and market disruption can be powerful forces for economic growth. But government involvement in the market tends to be...