If a single person retires at 65 after earning an average income of $30,000 a year for 30 years, an amount equal to an average of $4,500 was paid into Social Security, per to fund his SSI benefits. If an average interest rate of 5 percent were paid, the future value of his account would be just under $900,000. 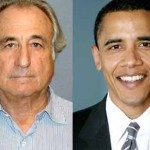 If this single individual died on the day he retired, his beneficiary would receive a $255 death benefit and the government would keep the rest.

The interest only on a lump sum of $900,000 earning 5 percent interest would generate $ 3,750 monthly for life and the $900,000 principal would remain untouched. Today, the maximum amount payable to an individual from Social Security is $ 2,366 per month and future benefits to a surviving spouse would be reduced by 50 percent.

Over the lifetime of this individual he would have paid more than $110,000 of his own money into the Social Security system and his employer would have contributed another $110,000 and if he died at age 65 his beneficiary would receive a death benefit of $255. The remaining balance of $900,000 would be retained by the government.

Social Security is deeply flawed and needs to be dismantled or changed substantially or it will cause our nation to collapse under the burden of debt.

In Case You Missed It:  China Upped Its Donations to the Biden Center 400% with $50M in Donations After Biden Announced his Campaign
Posted in Freedoms, Tyranny and tagged Congress, Crime, Obama, White House.

At The Heritage Foundation, our experts work tirelessly to produce relevant research on the big policy questions facing Congress. This...