There is an old adage that puts forth a simple truth: Money talks, bullshit walks. In the case of the United States of America it can be rephrased to state ‘money talks, liar warmongers die and lose’. 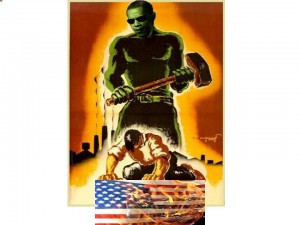 Senator Joe Lieberman has proposed a bill that would terminate your citizenship if you stand up to the government. Well, frankly it is not theirs to give or take away for a natural born citizen. It is a birthright, not ordained by the asinine shitforbrains in Washington, DC. They are that desperate to cover up their lies, war crimes, human rights abuses and failures in Washington DC.

The NDAA authorizes that the President can deem you an enemy and you either disappear or get assassinated, by the very government that pretends to be your ‘representative’ leader. They represent nothing, stand for nothing but their own callous greed and self-empowerment.

The Patriot Act I and II, the TSA, the DHS are all intended to strip away your freedoms more and more each day until you cannot stand up and fight back like happened in 1776.

Get this straight people, they fear an armed America that is growing more fed up with them with each passing minute. You are the by definition ‘terrorist’ they fear and rightly so. King George was a piker compared to these fascist un-American thugs in Washington, DC.

The CIA wants to stick their nose up your butt about 3 feet whether you like it or not. The CIA venture capital arm In-Q-Tel is behind the financing and creation of AOL, Google, Facebook and even more. Ah, yes, a huge Facebook IPO is planned so just the right folks can pocket a lot of US dollars, just like AOL, Google, etc.

I know some things about this that most Americans are clueless about. I used to be very close to the inner circle of RNC Finance, helped to design and implement the strategy to take the House and Senate away from Clinton in 1994, and was on what was then called The National Policy Forum.

Listen to the campaign rhetoric right now and see if you can get those brain cells into gear and think that ‘war plan’ statement through, and remember it dates back to 1992-1996. I was there and both glad I was and wish I had not been. I got to see the inner workings of this insanity up close and personal.

The US government has steadfastly refused to utter the name Bridas Corporation, an Argentina entity that had the entire Trans-Afghanistan Pipeline, or TAP, sewed up until Clinton and the CIA flipped Turkmenistan and Pakistan. All that was left standing in the way were the Taliban and their contract with Bridas Corporation.

An intelligent American has to consider the comical irony of bombing a Stone Age people into the Stone Age they already lived in.

Well, we lost the chess match, the war, many American lives and have nothing to show for it but a mountain of debt that would have built hundreds of pipelines. Yet, the US has accomplished none due to having a failed business plan as to how to get it done.

Pens, contracts and money have buried the almighty US military and their ill-conceived war plan. The competition got the oil, gas, the pipelines and America got the debt and maimed and dead US soldiers sent to die for a lie.

Well, here we are over 10 years later, no ‘Mission Accomplished’ by BushCo or BarkyCo, no pipeline, trillions down the drain and the US sinking under the weight of its debt. Meanwhile over at the Bridas hacienda they have completed thousands of miles of pipelines in the past 10 years, the first being across the northern part of Iran, through Turkey to the Mediterranean.

Then they built a long pipeline north to carry Iranian oil into Russia and let Russia sell their oil since the US and UK (and Israel) keep trying to start a war with a nation that has no intentions of attacking anyone.

In 2012, Bridas will complete one of the longest pipelines ever built from Turkmenistan to China.

And then there is China, a nation that is now a financial partner of the Iran-Pakistan-India Pipeline, or IPI Pipeline. Additionally, China has taken control of a port named Gwadar Pakistan in the province of Baluchistan. The US had planned to run its coveted TAP from Ashgabat Turkmenistan, through Afghanistan and Baluchistan to the port city of Gwadar.

The IPI Pipeline and the Gwadar ­ China pipeline are marching right along while the US still lies in every photo op and every pronouncement, and pretends it is defending the world from terrorists. Of course, it is the US that is the real terrorist in this instance but they can rest comfortably that most Americans are just too distracted or just too damned stupid to read a map, read the news, come up with the right answers that the transgressor to the extreme is the United States of America.

Why attack Libya in 2011 after Qadaffi had mellowed into a benevolent tyrant and doing many good things for his people? He was denominating the sale of Libyan energy in EUROS, not the almighty weakling US dollar. Our ‘good buddy’ Saddam Hussein was doing the same and look what happened to him. Chavez has steadfastly refused to denominate the sale of Venezuelan energy in a pathetically weak US dollar.

Welcome to 2012, folks. America is still the laughing stock of the world and pretending (delusion) to be Number One in all things.

In closing, I have but one question for Americans. How long are you going to look at the horseshoe before you can admit to me you know it is a horseshoe?

Your democracy is a sham and a scam. Your freedoms and liberty are at best illusory; a delusion after what DC has done to gut the very essence of what made America great.

Wake up! 2012 might be your last chance to turn it around. Vote against every DC asshole running for re-election. Send them home.

Stop hiding under the shadow of your own ass and VOTE to turn things around. Ron Paul is the only candidate that would do that. The rest are just talking and spouting out the talking points to get your vote.

Wake up, get the lead out of your ass, or suffer the consequences.

The Arab Spring has come with a cost not just in human life but has also had an economic effect,...