Last Week nearly 2.2 billion people celebrate the birth of Jesus. For Christians, there is no happier day. 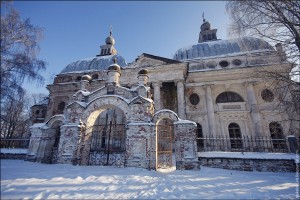 This may surprise many, since it is contrary to the perceived wisdom.

Christianity may be declining in the United States. The percentage of Americans who say they’re Christians dropped from 86 percent in 1990 to 75 percent in 2008, according to researchers at Trinity College in Hartford, Conn.

Or maybe not. In July, pollster George Barna found that 84 percent of Americans call themselves Christians. That number’s held pretty steady for the last 20 years, he said.

It’s certainly declined in Europe. There are now more Christians in China than there are in the entire continent which less than a century ago was Christianity’s heartland.

The explosive growth of Christianity has been in Asia, Latin America and especially Africa.

“Kenya’s Muslims were … listless,” retired Army intelligence officer Ralph Peters noted on a visit to east Africa last year. “But Christianity blazed. Mega-churches couldn’t contain all who had accepted Jesus as their Savior. City parks were packed with ecstatic worshippers every Sunday.”

With 155 million people, the west African country of Nigeria is Africa’s most populous. It is divided between a Muslim north and a Christian south. The north is stagnant; the more populous south vibrant, my friend Jack Wheeler noted during a visit to Nigeria last month.

“If you want to see where Christianity, every variant of it, is alive, muscular and flourishing like nowhere else on earth, here is where you come,” Mr. Wheeler said. “Nigerian Christians of whatever variety are passionate about their religion.”

Christians in America could learn much from our new brethren in Africa and Asia. Many of us have become lax in the observance of our faith; timid in expressing it. Mr. Barna found a substantial decline in church attendance and Bible reading since 1991.

And we’ve been easy to bully. What Fox News anchor John Gibson called in his 2005 book “the War on Christmas” has been going on for decades. It began with banning the singing of carols in Christmas pageants at elementary schools, then banning the pageants themselves. Creches on public property were next.

Businesses instruct employees to wish customers “Happy Holidays.” Members of Congress have been told they can’t wish their constituents “Merry Christmas” in franked mail. Jesus is the reason for the season, but the powers that be frown upon the mere public mention of His name.

This is because any public observance of Christmas violates the constitutional separation of church and state, liberals tell us.

That’s untrue. What the Constitution forbids is an “establishment of religion,” an official state church. The phrase “wall of separation” appears nowhere in the Constitution. It originated in a letter Thomas Jefferson wrote in 1802 to a Baptist congregation in Danbury, Conn.

The efforts of some liberals to drive religion (with the curious exception of Islam) from the public square is not ordered by the Constitution, nor sanctioned by it. It stems, I suspect, from their discomfort with the idea there are timeless moral laws established by an authority higher than themselves, which they can neither amend nor repeal.

Jefferson was among the least religious of the founders. But as president, he established Sunday worship services in the U.S. Capitol and attended them faithfully.

“No nation has ever existed or been governed without religion, nor can be,” Jefferson wrote to a friend. “The Christian religion is the best religion that has been given to man, and I, as Chief Magistrate of this nation, am bound to give it the sanction of my example.”

Thomas Jefferson would have wished you a Merry Christmas. So would I.

In Case You Missed It:  Vaccinated individuals are “infecting” the unvaccinated with dangerous graphene oxide, says biomedicine expert
Posted in Freedoms and tagged Freedom, United Socialist States of America.

Obama Surrenders to Taliban in Afghanistan

The war in Afghanistan may end this year in thinly disguised surrender. "The Taliban per se is not our enemy,"...