U.S. intelligence agencies  forecast beyond the next five years any possible threats to US interests.   Robert Gates, serving as U.S. secretary of defense, noted two months into NATO’s intervention in Libya, “If you’d asked me four months ago if we’d be in Libya today, I would have asked, ‘What were you smoking?'”

The U.S Preventive Action’s annual report for 2012 is designed to overcome the lack of forecasting ability in the intelligence community by developing a list of plausible human-generated contingencies of relative importance to U.S. national interests, grouped according to levels or categories of risk associated with various types of instability or conflict into three tiers: 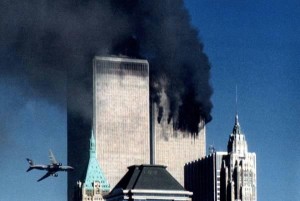 Mass casualty attack in the U.S.

The 30 contingencies were sent to a wide selection of more than 300 government officials, policy analysts, academics and journalists for their confidential feedback.

These are the top 10 that directly threaten the U.S. homeland and are likely to trigger U.S. military involvement:

President Obama signaled Congress this week that he is prepared to share U.S. missile defense secrets with Russia. In the president’s signing statement...