Collecting rainwater is now illegal in many states as the Government claims ownership over our water sources. Yes even rain water. ~ 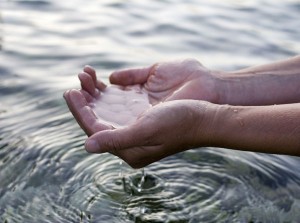 Many of the freedoms we enjoy here in the U.S. are quickly eroding as the nation transforms from the land of the free into the land of the enslaved, but what I’m about to share with you takes the assault on our freedoms to a whole new level. You may not be aware of this, but many Western states, including Utah, Washington and Colorado, have long outlawed individuals from collecting rainwater on their own properties because, according to officials, that rain belongs to someone else.

As bizarre as it sounds, laws restricting property owners from “diverting” water that falls on their own homes and land have been on the books for quite some time in many Western states. Only recently, as droughts and renewed interest in water conservation methods have become more common, have individuals and business owners started butting heads with law enforcement over the practice of collecting rainwater for personal use.

Check out this YouTube video below of a news report out of Salt Lake City, Utah, about the issue. It’s illegal in Utah to divert rainwater without a valid water right, and Mark Miller of Mark Miller Toyota, found this out the hard way. 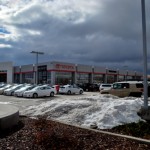 After constructing a large rainwater collection system at his new dealership to use for washing new cars, Miller found out that the project was actually an “unlawful diversion of rainwater.” Even though it makes logical conservation sense to collect rainwater for this type of use since rain is scarce in Utah, it’s still considered a violation of water rights which apparently belong exclusively to Utah’s various government bodies.

“Utah’s the second driest state in the nation. Our laws probably ought to catch up with that,” explained Miller in response to the state’s ridiculous rainwater collection ban.

Salt Lake City officials worked out a compromise with Miller and are now permitting him to use “their” rainwater, but the fact that individuals like Miller don’t actually own the rainwater that falls on their property is a true indicator of what little freedom we actually have here in the U.S. (Access to the rainwater that falls on your own property seems to be a basic right, wouldn’t you agree?)

In Colorado, two new laws were recently passed that exempt certain small-scale rainwater collection systems, like the kind people might install on their homes, from collection restrictions.

Prior to the passage of these laws, Douglas County, Colorado, conducted a study on how rainwater collection affects aquifer and groundwater supplies. The study revealed that letting people collect rainwater on their properties actually reduces demand from water facilities and improves conservation.

Personally, I don’t think a study was even necessary to come to this obvious conclusion. It doesn’t take a rocket scientist to figure out that using rainwater instead of tap water is a smart and useful way to conserve this valuable resource, especially in areas like the West where drought is a major concern.

Additionally, the study revealed that only about three percent of Douglas County’s precipitation ended up in the streams and rivers that are supposedly being robbed from by rainwater collectors. The other 97 percent either evaporated or seeped into the ground to be used by plants.

This hints at why bureaucrats can’t really use the argument that collecting rainwater prevents that water from getting to where it was intended to go. So little of it actually makes it to the final destination that virtually every household could collect many rain barrels worth of rainwater and it would have practically no effect on the amount that ends up in streams and rivers.

It’s all about control, really
As long as people remain unaware and uninformed about important issues, the government will continue to chip away at the freedoms we enjoy. The only reason these water restrictions are finally starting to change for the better is because people started to notice and they worked to do something to reverse the law.

Even though these laws restricting water collection have been on the books for more than 100 years in some cases, they’re slowly being reversed thanks to efforts by citizens who have decided that enough is enough.

Because if we can’t even freely collect the rain that falls all around us, then what, exactly, can we freely do? The rainwater issue highlights a serious overall problem in America today: diminishing freedom and increased government control.

Today, we’ve basically been reprogrammed to think that we need permission from the government to exercise our inalienable rights, when in fact the government is supposed to derive its power from us. The American Republic was designed so that government would serve the People to protect and uphold freedom and liberty. But increasingly, our own government is restricting people from their rights to engage in commonsense, fundamental actions such as collecting rainwater or buying raw milk from the farmer next door.

Today, we are living under a government that has slowly siphoned off our freedoms, only to occasionally grant us back a few limited ones under the pretense that they’re doing us a benevolent favor.

Fight back against enslavement
As long as people believe their rights stem from the government (and not the other way around), they will always be enslaved. And whatever rights and freedoms we think we still have will be quickly eroded by a system of bureaucratic power that seeks only to expand its control.

Because the same argument that’s now being used to restrict rainwater collection could, of course, be used to declare that you have no right to the air you breathe, either. After all, governments could declare that air to be somebody else’s air, and then they could charge you an “air tax” or an “air royalty” and demand you pay money for every breath that keeps you alive.

Think it couldn’t happen? Just give it time. The government already claims it owns your land and house, effectively. If you really think you own your home, just stop paying property taxes and see how long you still “own” it. Your county or city will seize it and then sell it to pay off your “tax debt.” That proves who really owns it in the first place… and it’s not you!

How about the question of who owns your body? According to the U.S. Patent & Trademark office, U.S. corporations and universities already own 20% of your genetic code. Your own body, they claim, is partially the property of someone else.

So if they own your land, your water and your body, how long before they claim to own your air, your mind and even your soul?

Unless we stand up against this tyranny, it will creep upon us, day after day, until we find ourselves totally enslaved by a world of corporate-government collusion where everything of value is owned by powerful corporations — all enforced at gunpoint by local law enforcement.

In Case You Missed It:  Brazil’s uprising is just the first of many we will witness in 2023 as humanity awakens against TYRANNY
Posted in Freedoms and tagged Communism, Freedom, Governments, United Socialist States of America.

When it comes to how Americans view President Obama going into the new year, there appears to be very little...